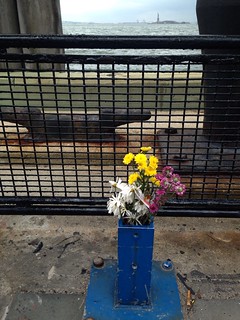 Batman V Superman: Grimdark Grimdark Grimdark dropped Friday, and every last bad review of it gives me life. I’m going to go see it on my birthday. Here are some highlights from the critical carnage:

The Cut’s recent feature on sex work is really fascinating, largely because I’ve never really seen a mainstream media outlet talk to a variety of sex workers about a variety of stances on decriminalizing sex work. The piece itself doesn’t take a stand, but rather provides a good picture of all sides of the issue.

John Oliver destroys Donald Trump’s dream of a wall between Mexico and the United States.

Anne Helen Petersen on Jennifer Garner? Don’t mind if I do!

Prompted by a Twitter question about why the new Xena series (both comic and television) can’t just let Xena and Gabrielle be gal pals instead of girlfriends, Genevieve Valentine talks about queerness in media. “Heteronormativity isn’t considered an expression of sexuality, but of life” is so berserking true that it kills me—I remember being a queer kid and knowing that any queer media I wanted to consume was at least rated R and therefore difficult for me to get my hands on or trick an adult into acquiring for me. (The day I finally watched Velvet Goldmine was one of the greatest days of my life.)

Margot Robbie has been cast as Tonya Harding in an upcoming biopic of the figure skater. I am very down for this.

Prop Store is auctioning off a ton of props from Hannibal, so if you’ve ever wanted a waterlogged special effects corpse skin, now’s your time.

Rolling Stone’s endorsement for Hillary Clinton for President of the United States comes with some interesting talk about protest votes and how those have treated Democrats in the past.

I had no idea that popular young adult book Kill the Boy Band features a very fatphobic representation of a teen girl of size. And I’ve heard good things about it, too! Ugh.

Harley Quinn is a blonde again in the comics and I have no idea why that’s so important to me.

The trailer for The Lego Batman Movie is… amazing. Will Arnett’s Batman will never fail to amuse me.

The first picture of the Amazons for the upcoming Wonder Woman film has dropped, and the costumes are… uh. Hmm. Gavia Baker-Whitelaw tries to rationalize them.

Hey, Americans! Nine states currently have anti-trans bills percolating. If you live in these states, here’s how to contact your lawmakers to let them know that this is unacceptable.

Georgia has a more general anti-queer law going through their legislature, but Disney (and the NFL and AMC) have made it clear that if it gets signed, they will stop filming and producing in the state. I imagine this will be very persuasive.

Here’s a recipe for homemade Thin Mints. (This would also be a good time to let you know that Target now carries a store brand version of Mint Oreos and that I have two boxes of them in my kitchen at all times.)

In all the nostalgia for nineties television, where are all the great black comedies, like Fresh Prince of Bel-Air and Sister Sister?

Lynda Carter might play the president on Supergirl next season. YES, GOOD.

iOS users: you can get Day One 2 for free until May 1st! I quite like Day One Classic—it’s what I use for personal journaling—and don’t need the extra features, but if you’re interested in playing with it, this is a great chance to explore.