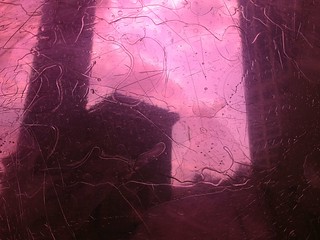 Happy Labor Day weekend, Americans! I’ve been having a rough weekend. My childhood dog, Charlemagne, passed away on Saturday, so I’m mostly just dealing with that and catching up on my sleep.

Michael Paterniti’s “The Last Meal” follows him and his girlfriend as they reconstruct the last meal of French president François Mitterrand—which includes the illegal eating of ortolans. Hannibal’s food designer, Janice Poon, offhandedly linked to this while discussing the show’s ortolan scene, and it is so up a Hannibal fan’s alley it’s not funny. It’s the kind of writing that makes your eyes contract and your breathing slow down. (Warning, though: ableist language in the opening paragraphs.)

Speaking of Hannibal, it is—SOB!—tragically in our rearview mirror at the moment, so let’s round up the tributes, hot takes, and more:

This article on the Slender Man stabbings is a horrifying reminder of how inaccessible mental health services can be in the United States.

The amazing Jess Plummer writes about A Goofy Movie, which she adores.

Genevieve Valentine runs down the red carpet of the VMAs.

Hoyte Van Hoytema has joined Wonder Woman as the cinematographer. I am now maintaining a mild hope for this film.

Jam of the Week: Melanie Martinez’s “Pity Party.” It reassures me that we’re still building alternative kids the way we used to, and might even be doing them better: Martinez treats Crybaby as a conceptual album and even directed the music video above.

Tatiana Maslany, Gina Rodriguez, and Olivia Cooke are all up for the same role in Star Wars: Episode VIII. I have a solution: PUT THEM ALL IN THE MOVIE SO WE CAN AVOID THIS SOPHIE’S CHOICE.

Kate Elliott points out the male gaze in narrative perspective in “The Omniscient Breasts.”

Our Lady of Celebrity Gossip Anne Helen Petersen tweeted about this 1990 Vanity Fair profile of Donald Trump and it is as fascinating as she claimed.

Amandla Stenberg is part of the creative team for Stranger Comics’ Niobe: She is Life! Huzzah!

This is probably the last of the pre-The Late Show with Stephen Colbert thinkpieces about said show, so enjoy it.

Aaron Sorkin is writing a Lucille Ball biopic and Cate Blanchett is starring in it. I would be delighted to see Blanchett do more comedy, so count me in.

Sady Doyle explains the actual point of “political correctness” in comedy: being aware that your words do influence people.

Brooks Barnes at The New York Times talks about the dearth of transgender actors in major motion pictures about transgender characters, especially About Ray and The Danish Girl.

Everybody is going to be in The Avengers: Civil War except for the Hulk. Boooooo.

Books
Purchased: None
Added: A History of Glitter and Blood by Hannah Moskowitz (via The Book Smugglers), Exquisite Corpse by Poppy Z. Brite (via tumblr)