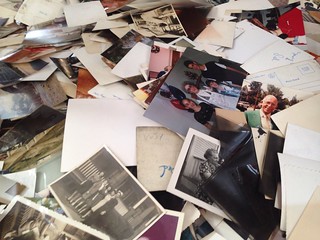 I’m sick. So sick, in fact, that I went on an old-fashioned information binge last night, which is a rare but beloved thing I do when my brain is extra foggy.

Ant-Man is the first Marvel Studios movie that I haven’t made an effort to go see. Gavia Baker-Whitelaw’s thoughts on it—from why isn’t Hope Van Dyne, Evangeline Lilly’s character, the protagonist to how bland it is—are proving me to be quite prudent.

Reading “The Little Tramp,” Emily Nussbaum’s profile of Amy Schumer from May, helped me define a few ways that Schumer doesn’t work for me as a feminist comedian. Specifically, Nussbaum praises Schumer “nailing some girls’ willingness to eat shit, just to be liked.” To me, we simply cannot stop there. Female comedy says “what a weird system, but that’s the way it is!” Feminist comedy says “what a weird system, we should probably dismantle it.” Girls willing to do anything to be liked aren’t the problem; the system that tells them that they have to do anything to be liked is.

More on Schumer’s comedy and its feminist fallout: At Feministing, Katie Barnes and Reina Gattuso talk about Trainwreck.

Oh, my screaming heart! Lucy Lawless talking about a Xena reboot got everyone excited about the possibility until Lawless herself calmed everybody down.

Lindy West talks about getting married as a fat girl as a political act, while thinking deeply about respectability politics.

The new Spectre trailer is go.

Jenn at Reapproriate explains how “I’m actually honoring your culture!” is total Orientalist crap. Very useful if you need to recenter your definition of Orientalism.

Ethan Zuckerman recaps a short podcasting series called ‘Instaserfs,” about workers who complete specific tasks, often hired through contractors with shiny websites and apps. It’s a solid rundown, and I’m really fascinated that the two men making the podcast come to the same conclusion that marginalized workers have had to deal with for years.

From last winter: a New York Times article about what companies do with your data… especially Uber, the rare digital service that can track where you go.

RuPaul’s Drag Race All Stars will have a second season, which will presumably dominated by Katya, the Russian monster queen of our hearts.

Poet Joshua Clover took to Twitter to tell the story of how he quit Spin in 2001. The pacing is so deliberate and the story is so well-told that I was quietly flipping out at my desk at work reading this.

On an episode of WTF with Marc Maron, Wyatt Cenac shared a story about how he felt he had to stand up for black people when Jon Stewart’s impression of Herman Cain (which read as offensive even to Fox News) because he was the only black writer on the staff. It’s good to remember that Stewart isn’t perfect, but it’s also important to remember Cenac’s point—that being the only black writer in the room made him feel incredible pressure to represent black people correctly, because nobody else in the room seemed to be making the effort.

High definition drives prop masters up the wall, because they now have to sink more time, money, and labor into prop manufacturing.

The first trailer for Freeheld, a film starring Julianne Moore and Ellen Page as a lesbian couple attempting to secure the same benefits afforded straight married couples as Moore’s character’s terminal illness progresses, is out. It made me tear up.

Roxane Gay wrote about Sandra Bland and the vulnerability of black bodies.

Holy crow, did Draco Malfoy become a werewolf after Harry Potter and the Order of the Phoenix? Tumblr user sexyferret makes an extremely compelling argument.

POUND THE ALARM: the latest 33⅓ book is going to be about Koji Kondo’s score for the original Super Mario Bros. Kondo is also the composer for The Legend of Zelda series, meaning that you do not have to scrape my mental soundscape too hard to hear his work. (I have had, no joke, the opening to “The Legend of Zelda Overture” stuck in my head for days.) Video game music is a really fascinating subgenre, because it’s music that must also serve a purpose beyond moodsetting and work within certain limitations (moreso back in the day than now).

Books
Purchased: None
Added: The Girl of Fire and Thorns by Rae Carson (via a commenter), Koji Kondo’s Super Mario Bros. Soundtrack by Andrew Schartmann (via Vice)