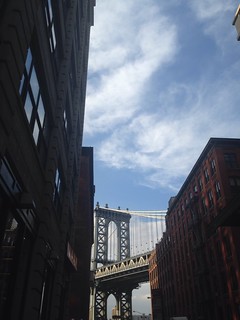 Happy Fourth of July, for my fellow Americans! I celebrated by turning my viewing of Top Gun last year into an annual tradition. We must watch it so that we never repeat its mistakes. (Not a mistake: Val Kilmer in that movie. GOOD WORK, EVERYONE.)

The Dissolve lists off “The 50 most daring film roles for women since Ripley”. Get ready to add films to your watch list. Might I recommend the hearty discussion of Election in the comments?

Olivia Coy at The New Inquiry details the history of tinhatters in fandom (namely, the Domelijah, J2, and Stylinson kiddos) and wonders if the trend has calmed down because fandom’s current platforms, tumblr and Twitter, allow for and encourage instantaneous information transfer. (Why, I remember locked LiveJournal communities! Get off my lawn!)

At Grantland, Alex Pappademas details Mark Wahlberg’s rise and how it has denuded him of sexuality. He characterizes Wahlberg’s body in the nineties as a subject of “broad-spectrum desire,” which I find interesting and useful, as we’ll be up to our eyeballs in Magic Mike XXL thinkpieces this week.

Well, #AskELJames backfired for the author, as a lot of people (rightfully!) took to Twitter to flood the tag with queries about how the 50 Shades trilogy promotes domestic abuse.

Kevin Feige thinks incorporating a LGBTQ character into the MCU could happen… in the next ten years. Yeah, that’s not gonna cut it, sir.

The costumes for the new Ghosbusters have been revealed, and they look great. I am so excited for this, I cannot even tell you.

Shay Chan Hodges offers a native Hawaiian perspective on Aloha and what it does correctly.

io9 runs down what’s been going down regarding the Hugos. They also provide eight books that complicate and illuminate the narrative Puppies both Sad and Rabid have been constructing.

Marvel has unveiled the All-New, All-Different Marvel Universe. Kitty Pryde is Star-Lord now and X-23 has been promoted to Wolverine. Yessss.

At Screen Crush, Matt Singer argues that Arnold Schwarzenegger is an auteur actor and therefore a crucial (perhaps the most crucial) author of a lot of his work. Singer’s argument is great, but I’m really fascinated by his call to either incorporate actors into auteur theory (usually the providence of directors) as, perhaps, “acteurs.” Fascinating.

Michael Livingston’s short story “At the End of Babel” is wonderfully atmospheric and centers on a Native American woman reclaiming her heritage for everyone.

Roland Emmerich’s new film Stonewall, about the historic riots that launched the modern LGBTQ+ rights movement, appears to not feature most of the trans women of color who were instrumental in the riots. And the one that the film does elect to include, Marsha P. Johnson, is being played by a cisgender male actor. NOT COOL. There’s a .gif of Rhys Ifans biting his knuckle at the ~twist~ in Anonymous I’d like to use here, but I have no interest in spending any time to find it.

Oh, no, the new Wonder Woman Barbie is adorable. (She appears to have been produced slightly too late for the line’s new adjustable ankles, although I suppose that’s moot since the movie costume has wedges.) Luckily, she’s a San Diego Comic-Con exclusive, so there is no way I will ever be able to afford her and therefore support the saddest superhero franchise in the world. Whew.

Anne Helen Petersen digs into the sex-positive, lady-centric, inclusive, and scantily-clad heart at the center of Magic Mike XXL. I can confirm that everything she says is true, but we’ll get into that tomorrow.

At BuzzFeed, Ellen Cushing goes on tour with DigiTour, which features social media celebrities. It’s a really fascinating look at how new ways of being famous are being fit into old ways—one performer on tour isn’t even a musician or a comedian, but rather just a personality. Also, prepare to feel incredibly old.

A tumblr user says that they find John Green creepy. Green responds by saying that he’s never sexually assaulted a child and several other young adult authors jump to his rescue. Camryn Garrett at Huffington Post points out that their policing of this tumblr user’s personal reaction to Green sounds way too close to victim blaming for comfort.

I spent yesterday drowning in fifth generation video game console nostalgia because of this weirdly lovely discovery: someone found a prototype for the SNES-CD in his dad’s attic. The SNES-CD (or Nintendo Play Station) was something Nintendo and Sony were working on so that Nintendo could take advantage of CDs (since they were still using cartridges in the late eighties and early nineties). However, there was a lot of push and pull, and Nintendo decided to go with another company instead. Sony ended up taking what was left of the SNES-CD and making the PlayStation. AND THUS VIDEO GAME HISTORY WAS MADE!

Which is why this “N64” rap has been stuck in my head all week. You’re welcome.

Books
Purchased: None
Added: The Sublime and Spirited Voyage of Original Sin by Colette Moody (via The Mary Sue),