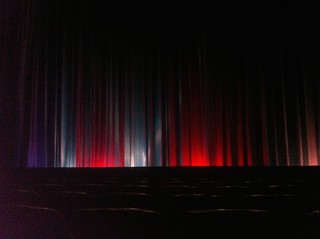 Eva Green is Lady Sherlock in every fancast, as well she should be. I particularly adore this Victorian rendition of the Doyle crew as ladies. (Although: Sherlocke? Sheridan, surely!)

Here is how to give any doll a head of gorgeously kinky hair.

Heroes in the Marvel Cinematic Universe identify themselves with a totem—and action sequences spin around this identification. The shield is Cap on a basic level; when he sets it aside he’s setting aside much of his own power, even if he’s still super-Steve without the shield. When the movie wants to establish that the Winter Soldier is badass, it doesn’t have him beat Captain America in a fight—it has him grab the shield. In Iron Man 3, we follow the destruction and reconstruction of Tony’s armor with baited breath. In Thor 2, the hammer’s location matters. Sure, these characters are still strong without their stuff—but the movie cares when the stuff goes away.

If you’re not reading Jess Plummer’s Great Disney Blogathon, you are missing out. This week’s installment: Peter Pan!

There’s a new Guardians of the Galaxy trailer. It is awesome and also confirms that the team is listening to a mixtape made sometime in the seventies. Love it.

Meanwhile, in Grimdark Canyon, DC has named the Batman and Superman film Batman V. Superman: Dawn of Justice. As everyone on the Internet has pointed out, that wording indicates a court battle between our heroes. But that’s the least of that film’s worries, when David Goyer, the film’s writer, has insulted She-Hulk, Martian Manhunter, and the supposed sadsacks known as the audience for the majority of his cinematic output. This guy is writing Wonder Woman, people. Lightning strikes Grimdark Canyon, and the thunder drives more and more towards the warm, mildly progressive bosom of Marvel Studios. Stan Lee, She-Hulk’s co-creator, has responded, pointing out that he was trying to The best response is Alyssa Rosenberg’s:

Created in 1980, the character is the alter ego of Jennifer Walters, a lawyer and cousin to scientist Bruce Banner. Walters gained the ability to get big, green and mean after Banner gave her a transfusion of his own blood after she was shot. But unlike the Hulk, who turns into a mindless animal when Banner transforms, She-Hulk stays perfectly rational, even acquiring a witty, cutting edge and a confident approach to sex and dating. At her best, she is what women might be if they were freed from fears of judgment and the threat of physical danger. (Emphasis mine.)

Loggr is an app for iPhone and iPad that that allows you to track anything you so desire, since you get to pick what you’re tracking. You have to pony up some cash for the special features, but the app itself is free and exports to Excel.

George Dvorsky at io9 interviews Sarah Cashmore about our digital presences after our deaths:

We don’t need to consider death in the traditional sense anymore. After all, many of us already hold the sentiment that we keep each other alive in our hearts. David Eagleman expresses this beautifully in his collection of short stories, SUM: “There are three deaths. The first is when the body ceases to function. The second is when the body is consigned to the grave. The third is that moment, sometime in the future, when your name is spoken for the last time.” So on the one hand, we get to carry our loved ones with us much longer than perhaps we thought. But on the other hand, Eagleman also says, “Since we live in the heads of those who remember us, we lose control of our lives and become who they want us to be.” So it’s a double-edged sword. But it’s our double-edged sword; it’s just the nature of our impermanence. The situation isn’t much different as when we’re alive; even in living we are what people think we are.

Bill Hader is developing a show for HBO. No word on what it actually will be, beyond awesome.

Skippable is a tumblr that tells you what episodes of a show you can skip to get conversant in it. Alas, my completionism prevents me from using this, but it looks quite useful!

There’s going to be a big screen adaptation of Ivanhoe soon—from the people that brought us Clash of the Titans. This may not be good, but it will be amazing.

MightyGodKing explains how easy the Captain Marvel movie is, especially if it gets meta about gender.

Remember that Disney Channel Original Movie about the kiddos of Disney’s famous characters? It’s gathering up more cast members, including Wendy Raquel Robinson as Cruella De Vil and Moz Jobrani as Jafar. (The io9 article linked is weirdly judgmental about the project, but it sounds like it’s going to be the kind of silly fluffiness of the Disney Channel Original Movies of my youth.)

Edgar Wright has left Marvel’s Ant-Man. And I was so looking forward to his work on that film…

Moira Donegan at The New Inquiry looks into the personal politics of selling your eggs; namely, how education makes donors more attractive to buyers, the physical side effects of what they do to your ovaries, and how money isn’t supposed to play into it. Fascinating.

Steve Greenberg’s retrospective on Thriller, written for the album’s thirtieth anniversary two years ago, packs a lot of history into four pages, touching on technology creating narrower markets, how disco essentially segregated radio along racial lines for a long time, MTV’s impact on radio, and, of course, Michael Jackson’s superstardom managing to transcend all of this. And all while maintaining the opinion that the next Michael Jackson to take advantage of changing media is right around the corner.

Sheryl Sandberg’s inability to find time to host a Lean In circle with the union-seeking female workers of a DoubleTree owned by Harvard before delivering a commencement speech to Harvard’s graduates speaks volumes about Lean In and its philosophy.

The Elliot Rodger murders are heartbreaking, horrifying, and the purest form of rape culture—a man expressly setting out to murder women because he believes that he is entitled to our bodies. I’m linking to the Daily Mail over American sources because the Daily Mail specifically points out Rodger’s connections with PUA communities, which perpetuate this kind of warped attitude towards women. Many have responded eloquently to this, from Jess Zimmerman’s “Misogyny is Poison, and You’re Drinking It” to the Twitter hashtag #YesAllWomen. A national conversation about misogyny and rape culture is exactly what we need, and I hope that’s what we take away from this.

Purchased: None
Added: Beowulf: A Translation and Commentary by J. R. R. Tolkien