But the next question Goyer fielded is much more telling. When a fan asked how he would translate J’onn J’onzz, the Martian Manhunter, to film, Goyer scoffed, “He can’t be fucking called the Martian Manhunter because that’s goofy.” This was right after accusing anyone who had heard of the character, who has made appearances in Smallville and Justice League, of being virgins. Which, as an insult, is shorthand for a great many supposed social failings, but in this context carries the exact weight as if Goyer had bellowed “NERDS!” at his audience. He went on to outline how he would write Martian Manhunter, by totally obliterating the character’s backstory and retaining only his name.

Goyer’s appearance on Scriptnotes begs a lot of questions, many of which have already been answered. But Goyer’s vicious attitude towards Martian Manhunter makes me wonder: why should Goyer care that somebody might think that the idea of Martian Manhunter is goofy to the point of completely erasing the character’s history and just using his name? Excuse me, part of his name? 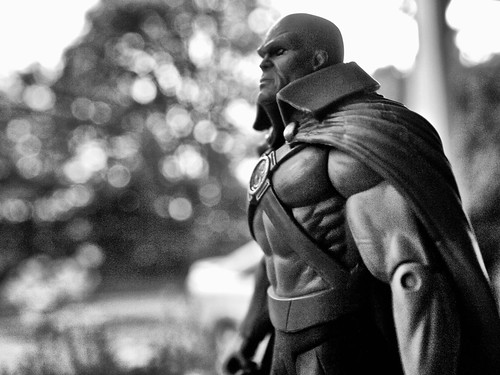 But this is just DC Comics’ attitude towards its own properties at the moment in miniature—a deep, angry shame about anything remotely “goofy” about comics, from Superman’s briefs to weddings to anything that remotely smacks of the spectacularly campy Silver Age, to the point of rebooting their entire comic book universe. Cultural anthropologist Ruth Benedict states that “[s]hame … is associated with the fear of exposing one’s defective self to others.” Exposing your defective self—or your apparently defective comic book empire—is only scary if you expect that such exposure will be followed with swift reprimand.

But what reprimand can DC Comics possibly be afraid of? It’s certainly not financial. The Dark Knight Rises is the tenth highest grossing film of all time. Arrow is raking in the viewers on the CW, with Gotham, Arrow, and Constantine in development. Batman was the best-selling title in all of comics for the first three months of this year. (And Spider-Man probably only unseated it due to to interest drummed up from the release of The Amazing Spider-Man 2.) They may not be doing as well as Marvel, but they certainly don’t need to be scrambling to cater to a narrow demographic in order to stay financially solvent.

Instead, they’re doing just that to try and prove that comic books aren’t for kids. What DC Comics appears to want is confirmation of that from the masses, a cultural reassurance that they aren’t nerds, virgins, or losers for liking superheroes, because they’ve “fixed” the supposedly defective parts of the superheroes. It’s now cool to like superheroes—as long as you didn’t actually like the campiness, silliness, earnestness, and heart that created the audience studios are trying to cash in in the first place.

This explains a lot. Goyer feels free to insult comic book fans because he probably thinks that they’re a given. (The fact that Man of Steel made quite a bit of money speaks to this fact; you can make a Superman film featuring Big Blue murdering someone, little color palette, and scenes of mass deconstruction, and yet we will still come. Sigh.) Fans aren’t the people they’re trying to impress and cater to; it’s the people who lap up grimdark material like this whose approval that they want. DC Comics has decided that this audience—an audience thrilled by Future’s End, which literally dismembers its female characters—is who they want to impress and whose disapproval they fear enough to remove elements, character traits, and entire characters who don’t appeal to said audience. And based on DC Comics’ behavior since the launch of the new 52, this audience apparently doesn’t include women, queer folk, or people of color in any significant number. 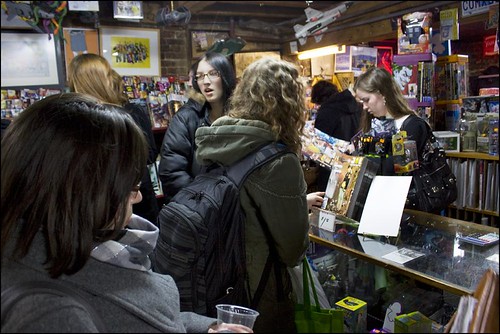 And so comics fandom, that diverse, breathing, living thing, is left in the lurch, treated as both a given and as something to be ashamed of. What Goyer—and DC Comics—is essentially saying that goofy comics are for virgins; willfully grimdark comics and comic book movies are for cool people. They’re defining their cultural identity and cache against us. And defining yourself against someone else is never a stable foundation for your own identity, as either a person or a franchise.

8 thoughts on “Saturday Morning Opinions: Shame in a Time of Superheroes”