Someone on Reddit commented that this administration appears to be happening in dog years, which I agree with wholeheartedly.

Even thinking about last week makes me so tired that I crumble to the ground, but here’s Mother Jones‘ round-up of every bonkers thing that happened last week.

Bethman-Cookman graduate Tyler Durrant shares why she turned her back on Betsy DeVos at her graduation ceremony.

One silver lining: the New York State Assembly has passed a single-payer healthcare bill to the State Senate. The State Senate hasn’t picked up earlier versions of the bill, but this time might be different. Which would be wonderful.

(Although I do find it bittersweet that my choice to live in the state of New York is rapidly becoming a necessity.)

After Disaster Preparedness pushed me into a fearful, self-loathing, anxious spiral that lasted enough weeks that I’m shocked to count it a month, after a hideous stomach flu kept me from movement or even productive thought for three days, after feeling like garbage for having personal problems when it feels like the world’s going more and more to hell every day, I feel different. More like an actual adult, which is handy, as I turned twenty-five this year. Maybe it’s because I’m about to hit my two year anniversary in the city. Maybe it’s because I literally dream of IKEA.

Whatever it is, I’m definitely on the other side of something. But this blog definitely lies in that undetermined territory at my back. Last week, I sat down to review Ex Machina, a film I found challenging and fascinating, and instead of feeling like an exciting way to capture my thoughts on the film, it felt like a burden. Not just of exertion, but also of metaphorical weight.

To be honest, the Literary Omnivore has felt that way for a while: like I’ve been consuming media to hit deadlines, instead of consuming media to engage with it, chaining myself to a system I came up with when I was eighteen for the sake of perpetuating it despite radical changes in my life and availability. I realize that sounds absurd, but I rely so much on adhering to self-constructed systems and protocols in order to function properly, let alone optimally, that it takes me a very long time to realize that a.) something is wrong and b.) I have the ability to do something about it. I have immense difficulty standing up for myself, even and especially to myself.

But I know what I have to do about it now. And that’s close up shop.

I’m not going away. The purpose of this blog was always to have a living, breathing journal of my media consumption (starting with books and expanding radically out since then). I’m going to keep doing that in a weekly format at a new blog, The Omnivore’s Almanac. It’ll be real informal, real low stakes: just one post, every Sunday, about what media I’ve been consuming. That gets me what I want without getting me where I don’t need to be.

Feel free to follow me over there. Feel free not to. If you’re reading this, thanks for doing so at any point over the last six and a half years, and have a lovely rest of your day.

All the best,
Clare

I need some time to think.

Ex Machina concerns Caleb, a programmer at the Google/Apple stand-in Bluebook, winning a lottery to spend a week with the founder of the complany, Nathan. Upon arrival at Nathan’s compound, Caleb is taken aggressively under Nathan’s wing and asked to participate in a Turing test to determine if Ava, Nathan’s latest project, is sentient.

It’s not a spoiler to say that this does not end well.

END_OF_DOCUMENT_TOKEN_TO_BE_REPLACED

The greatest cartoon theme song of all time—and I will fight you on this point—is undoubtedly the theme tune to X-Men: The Animated Series. Composed by Ron Wasserman (who also composed the theme song for Mighty Morphin Power Rangers, which kind of blew my mind), it’s sixty seconds of iconic synthesizers, illustrated by an opening sequence straight out of a comic book. (My favorite segment: the team crossing the screen from left to right while the word “X-Men” darts by in several directions for no reason.) It’s so good that Michael Kamen snuck in a sly musical reference to it in the score for X-Men. To me, it is the X-Men, although I never watched the show as a kid. (Although I did watch the entirety of season one at a friend’s apartment in college, and shrieked when Mister Sinister smiled for the first time.) When I went to go see X-Men: Days of Future Past at the Alamo Drafthouse Cinema, you can bet that they played the theme song and that I totally flipped.

END_OF_DOCUMENT_TOKEN_TO_BE_REPLACED

As a teenager, my love of the eighties was not particularly shared by the alternative scene kids I ran with. But during my deeply ill-fated tenure on my high school’s debate team, I acquired a scene partner who loved Labyrinth. I’d heard of it—specifically, I’d heard of “Dance Magic”—but I’d never actually seen it. She gushed to me about David Bowie’s ethereal beauty and other attributes (I was identifying as asexual at that point in my life, so I was unmoved), and I trotted off to our local Blockbuster to rent the film in question. To quote John Mulaney, that’s a very old-fashioned sentence nowadays.

I enjoyed it, but it didn’t particularly stick with me. (Nor did I stick with debate, transitioning instead to an even more ill-fated tenure in school theater.) Recently, though, I had an opportunity to revisit it when the Alamo Drafthouse Cinema hosted an outdoor screening in Brooklyn. To be honest, I mostly went to try and ferret out an official opening date for the Alamo Drafthouse Cinema Brooklyn (let me give you all of my disposable income, you monsters!). But I enjoyed the screening, despite the drizzle and despite being deep in the throes of the dissociative funk that Disaster Preparedness pushed me into. And now… I kinda get Labyrinth.

END_OF_DOCUMENT_TOKEN_TO_BE_REPLACED

The Vintner’s Luck
by Elizabeth Knox

You know how you can spot a period film made in the nineties? Well, I’m going to be no help, because I can’t quite put my finger on it, but I know it when I see it. Like in Restoration—there’s something about the production design. The quality of the costumes. The Meg Ryan. It might be set in the 1600s, but a single frame can tell you that it was released in 1995. Never mind the fact that it can be carbon-dated by the fullness of Robert Downey Jr.’s lips. (This is why I nearly crawled out of my seat and over the very sweet Spider-Man fan when young!Tony appeared in Captain America: Civil War. His mouth was wrong.)

The same is true of, for some reason, most queer-minded media made in the late nineties and early aughts that I’ve consumed. Velvet Goldmine and The Vintner’s Luck have nothing else in common besides “dudes kiss in them” (oh, and shirtlessness, I guess?), but the quality of the atmosphere is quite similar—heady, languid, rarefied.

END_OF_DOCUMENT_TOKEN_TO_BE_REPLACED

How to Marry a Millionaire

Have I ever mentioned how much I like Gentlemen Prefer Blondes? I like to think of it as the prototype for one of my favorite comedy duo archetypes—Bad Idea Friend and Idiot. It’s sweet, daffy, bursting with Technicolor (which I adore), and features the amazing line, “Prithee, scat.” I’ll get around to revisiting it and reviewing some day (haha long term plans for my blog haha), but for now, let us have it inform my opinion of How to Marry a Millionaire.

END_OF_DOCUMENT_TOKEN_TO_BE_REPLACED 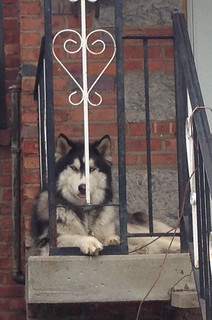 I’m still exhausted from the week that was, so I’m not going to be very chatty today.