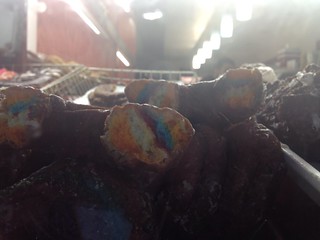 At Lady Business, we had our first guest reccer for our regular Fanwork Recs column!

At the AV Club, Ryan Vlastelica says that we need more action movies like National Treasure, which boasts gentleness rather than violent bombast.

Jam of the Week: Adele’s “Send My Love (To Your New Lover)”.

Here’s the first trailer for Disney’s live-action Beauty and the Beast, featuring our first look at Emma Watson’s Belle and our first witnessing of Ewan McGregor’s French accent… which is, uh, very, very interesting. (Although it’s not like I go to Disney to hear the dulcet tones of my people speaking English, know what I mean?)

Chuck Tingle, erotica author, Tae Kwon Do grandmaster, and delightfully baffling personage, has, in response to being nominated for a Hugo Award due to the Rapid Puppies ballot, purchased the domain therapidpuppies.com and filled it with sexy photos of Channing Tatum and links to better things to do with your time, like read N.K. Jemisin or donate to a public library. We might not deserve Chuck Tingle, friends.

Tumblr user dreaminpng was delighted to discover a reference to easily accessible transition technology in Star Wars: Lost Stars, and then equally delighted to meet author Claudia Grey, who confirmed that trans people are very much a part of the Star Wars universe.

N.K. Jemisin’s post about the wild success of her Patreon launch includes some very good, useful words about writing and work:

Now, I’ve had mixed feelings about Patreon, and to a degree I still do. I do think it’s a great concept in principle — a modern update of the ancient model of patronage, where “impressing some wealthy person who will support you” has been replaced by “impressing a crowd of regular folks who’ll give you $5 a pop”. Thing is, I also see nothing wrong with complete self-sufficiency as an artist. Supporting myself via my day job means that I’ve always had the freedom to just walk away, if I wasn’t happy with my publisher or agent or the industry, no matter how my writing career was going. And I also see nothing wrong with having a day job and being an artist at the same time. See, the patronage model is based on the idea that an artist should be “pure” and unsullied by the world, their basic needs taken care of by the patron so that they are free to channel Art unfettered straight from the Id. Nah, eff that. I’ve worked in education for 20 years; there are few fields better-suited for understanding (and changing, in however small a way) the world. Quitting my day job has never been an aspiration for me because I’ve always known that artists need rich lives to make good art.

Kasey Rose-Hodge takes the men so concerned about trans women using their own bathrooms to task.

So… how about that Captain America having secretly been a Nazi his entire life bullroar?

Seems like the only thing Marvel did this week that wasn’t bone stupid was let Dazzler be Dazzler Thor for a little bit.

This is an ancient piece (seven years old!) about professional athletes and how a lack of financial literacy overwhelmingly negatively impacts them, but I enjoyed reading it.

Anne Helen Petersen’s last piece for BuzzFeed before taking a hiatus to write a book (YAY!) is about fraternal organizations—specifically, the Elks.

Tumblr user mermaidyke shares over one hundred and fifty books featuring women who love other women.