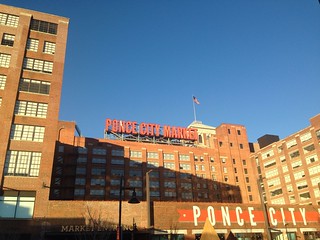 I saw Star Wars: The Force Awakens on Friday and loved it. Otherwise, I’m thick into holiday preparations and cleaning my old crap out of my mother’s house. I finally managed to sell Ten, my cursed cardboard cutout of the Tenth Doctor from college, which feels like an accomplishment.

That on-again, off-again Xena reboot has scored a writer, so… are we doing this?

Two great pieces on fame and money among the YouTubers this week: Doree Shafrir’s “Tyler Oakley’s Big, Incredibly Profitable Adventure” at BuzzFeed, about specifically Oakley and the authentic image YouTubers have to present, and YouTuber Gaby Dunn’s “Get rich or die vlogging,” about how difficult it is to make a living off of YouTube, particularly if you’re too visible to continue working in retail or something.

An older female Star Wars fan shares how she shuts down fandom-policing jerks. One time, at Dragon*Con, I saw just such an older lady shut down someone with “I had to wait thirty years to see a female Jedi onscreen!”, which shut that dude up quite nicely. Older lady fans are the greatest.

Here’s a lovely comic about reading Sherlock Holmes as trans.

Everything is Star Wars and nothing hurts. Have the cast and the Tonight Show gang doing an a cappella medley of famous musical themes from the series. And keep an eye out for Carrie Fisher side-eying Harrison Ford.

Men try to explain how to “correctly” read Lolita to Rebecca Solnit:

I sort of kicked the hornets’ nest the other day, by expressing feminist opinions about books. It all came down to Lolita. “Some of my favorite novels are disparaged in a fairly shallow way. To read Lolita and ‘identify’ with one of the characters is to entirely misunderstand Nabokov,” one commenter informed me, which made me wonder if there’s a book called Reading Lolita in Patriarchy. The popular argument that novels are good because they inculcate empathy assumes that we identify with characters, and no one gets told they’re wrong for identifying with Gilgamesh or even Elizabeth Bennett. It’s just when you identify with Lolita you’re clarifying that this is a book about a white man serially raping a child over a period of years. Should you read Lolita and strenuously avoid noticing that this is the plot and these are the characters? Should the narrative have no relationship to your own experience? This man thinks so, which is probably his way of saying that I made him uncomfortable.

There are now some character posters for Ghostbusters! Kate McKinnon’s, I’m sure, will become a standard poster for all queer lady nerds in the future, so I expect mine in the mail sometime soon.

The Absolutely Fabulous movie will have an Asian character played in yellowface by a white actor. Come ON. This is just unacceptable.

This profile of Tracey Norman, a pioneering black trans model who had to pass to succeed in her industry, is fantastic.

Vixen is coming to Arrow, as played by Megalyn Echikunwoke, who voices her in the animated miniseries on CW Seed. Yay!

In 1977, The Los Angeles Times featured a long discussion about race and gender in Star Wars. It’s both frustratingly familiar (we still have these issues in mainstream sf film) but also quite heartening—that there have always been Star Wars fans who know how to love the text and critique it at the same time.

At Racked, Justin Chesney covers the rise of the American Girl Doll.

At Strange Horizons, Renay talks about end of year lists and diversity.

Dahlia Adler’s Storify, “On m/m Fetishization, the Dearth of f/f Support, and Other Complicated Things in LGBTQIAP+ YA,” is an interesting look at the queer YA landscape and talks a lot about the fetishization of queer men, which overlaps with a lot of things I’ve been thinking about slash fandom as of late.

Books
Purchased: None
Added: The Drowning Eye by Emily Foster (via Tor.com)