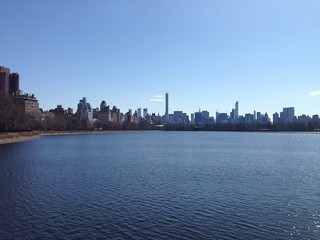 It was my birthday this past week, and, as a gift to myself, I bought myself my very first Taschen—the Saturday Night Live book, obviously. I haven’t been able to bring myself to take the shrink wrap off yet, but I’ll take photos when I do.

It’s Women in SF&F Month at Fantasy Cafe! Renay kicked things off on the first and here’s Genevieve Valentine talking about The Left Hand of Darkness. Oh, and everyone is invited to add your favorite sf books by lady types to the Big Giant List of Fantasy and Sci-Fi Books by Women.

I told you there’d be more Hugo Award reactions this week:

Mattilda Bernstein Sycamore’s “Sweatshop-Produced Rainbow Flags and Participatory Patriarchy: Why the Gay Rights Movement Is a Sham” talks about the gap between mainstream gay politics (especially the fight for gay marriage) and the actual needs of the queer community. This infographic from the Center for American Progress, detailing all the ways a gay married person can still be discriminated against legally, goes hand in hand with it.

One time in 1978, the Saturday Night Live cast (and Lorne Michaels) appeared in Marvel Team-Up, teaming up with Spider-Man. I need a copy of this so bad.

At Strange Horizons, Genevieve Valentine talks about Anna May Wong and diverse casting.

Useful: how to be a better listener. That’s one of the skills I’ve been working on this year.

Fellow cosmetic wearers! Findation is a website where you can match your current foundation to other foundations if you want to try something new without having to trouble-shoot. I had a foundation mishap this week, so this would have been very helpful during that. (I just have to accept that I’m just pink. Or, as my foundation calls it, “beige.” Just go ahead and call it “old-timey white person,” CoverGirl, I’m strong enough to accept that.)

The Russo brothers are officially directing The Avengers: Infinity War Parts One and Two.

An anonymous ex-Marvel employee at the Mary Sue explains how licensing works in terms of merchandise and what we can do to help the representation available on said merchandise.

Karl Smallwood talks about how, in Harry Potter, the wizarding world’s refusal to interact meaningfully with the Muggle world is actually its downfall.

I normally avoid io9’s Open Channel posts (due to how busy I am, not due to their solid quality), but this week’s, which asks “Which Unanswered Historical Question Do You Most Want An Answer To?”, is a great compendium of history’s greatest mysteries and some more obscure but equally fascinating ones.

Shy humans, be you extrovert or introvert or what have you! Here is how to survive a party where you don’t know anybody, like, maybe, your first con when I am sadly unavailable as your fairy con mother.

At Forbes, Scott Mendelsohn talks about how the teaser trailers for GoldenEye and Mission Impossible reinvented action trailers in the nineties. Fascinating, no matter how badly I am cringing at the typography in both teaser trailers.

Fun Home opens on Broadway on the 19th! SCREAM.

Eddie Redmayne might be starring in Fantastic Beasts and Where to Find Them. Nathan Stewart-Jarrett or nothing, Warner Brothers! OR NOTHING!

THIS IS A PHOTOGRAPH! And, except for the figurine in the middle, the mask and the moon were handmade for cosplay. Given my adoration for The Legend of Zelda: Majora’s Mask, this is just jaw-dropping.

Salon will be posting interviews with Saturday Night Live alums through the rest of the year to celebrate the show’s fortieth anniversary. First up: the amazing Nora Dunn. It’s a really fascinating look at women in comedy.

At The Washington Post, Danielle Allen and Cathy Cohen talk about why the new civil rights movement doesn’t need a leader like MLK.

Ian McKellen will play Cogsworth in the Emma Watson Beauty and the Beast. Okay!