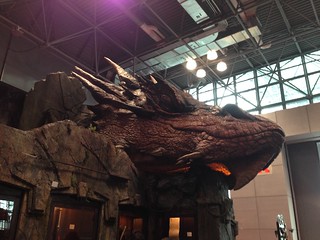 Between New York Comic Con and getting standby tickets for Saturday Night Live (which was amazing), I’ve been run ragged but delighted this weekend. This week’s links are shortened accordingly.

I had no idea that “girding your loins” was actually a technique for tying up loose tunics, skirts, and other flowing garments for heavy labor or fighting! That link is from the Art of Manliness, so it’s very dude-centric; tumblr user mirandemia has a version for princesses.

It’s not just bros and jocks and finance dudes and yuppies and Christians and Republicans who are shitty to women. Being part of a counter-cultural or progressive community does not give you a free pass to be shitty to women without being called out on it. We need to hold our own communities to an even higher standard than we hold those in the opposition, we need to welcome criticism, and we to realize that the ones who call out shitty behavior in these communities are not the threat, but that those who protect it and shield it from criticism are.

Forgotten Leaves, an upcoming Tolkien anthology, is looking for submissions!

Her Universe will be providing one of the rare pieces of Guardians of the Galaxy merchandise that features Gamora and Nebula. Yay!

A commenter at The Dissolve talks about why vampire stories are overwhelmingly from the female perspective:

This is what comes from trying to write every movie from a 17 year old boy’s perspective:

“Wait, Dracula can fly, is immortal, and can turn into a bat? Why isn’t he the hero of this movie?”

Say what you want about Twilight, but it works on the screen. You can buy that Kristin Stewart believes that Robert Pattinson is both sexy and dangerous. The creepy undertones don’t detract from the romance, because all vampires are simultaneously creepy and sexy. The emotions we see on the screen would work equally well if Pattinson were playing a Lord Byron character.

The genre has so many offshoots that I really shouldn’t generalize as much as I have been. But my point is that the classic Byronic vampire — aristocratic, powerful, preying on young women, sleeping in plague dirt, etcetera — is a personification of a female fear of a predatory male.

I suppose Let the Right One In might qualify as a vampire story from a teenage male perspective, but I would venture to say it’s the exception that proves the rule. Instead of a man suppressing his predatory nature, it’s a young boy yielding to it.

Alyssa Wong on why “I’m a feminist, but—“ is the wrong response to sexual harassment in the sf community.

Books
Purchased: None
Added: The Fangirl’s Guide to the Galaxy by Sam Maggs (via New York Comic Con),