X-Men: The Last Stand
based on characters by Stan Lee and Jack Kirby 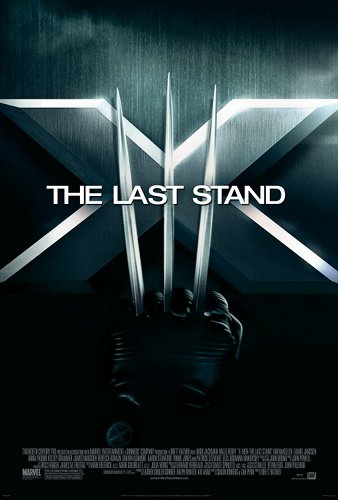 In X-Men: The Last Stand, a cure has been found for mutants. Understandably, the mutant community is upset. Very upset. Fearing the cure will be used to eradicate mutants, Magneto raises an army called the Brotherhood. Further complicating matters is the return of Jean Grey, but not as the X-Men knew her—instead, Jean’s Dissociative Identity Disorder is rearing its ugly head and unleashing the Phoenix on the world, forcing Jean to join up with the Brotherhood. It’s a battle for the very existence of mutants; whose side are you on?

To be totally fair to X-Men: The Last Stand, there are some good ideas in here. The Dark Phoenix saga is one of the most classic and iconic stories in comic books; it’s all I knew about Jean as a kid, to be totally honest, and I only got started in comics three years ago via The Unwritten. Having Magneto throw caution to the wind and just going for the jugular is an interesting idea, especially since the very nature of comic books don’t allow for ultimate endgame material. But it’s just too much and, more importantly, it’s not executed correctly. In X2, there were some subtle hints at the fact that Jean’s power had something sinister to it, but watching poor Patrick Stewart have to deliver, in two minutes or less, the entire twisted history in which he induces Dissociative Identity Disorder in an innocent little girl because he can’t trust her power, is just painful. (I mean, I love the idea that Charles is actually an emotionally distant man who can’t trust anyone, but it isn’t explored beyond Wolverine questioning him once.) While the dialogue for Magneto is much better—there’s a wonderful scene where he verbally smacks down a member of the Brotherhood who asks where his tattoo is—and McKellen bears it better, there are still off notes. There’s one scene that I’m still frowning over. (“Erik, you get right back here! You can’t abandon both Xaviers!”, I may have screamed at the television). It’s just too much, too soon, and too poorly established to make much of a difference.

To make matters worse, this film seems to think it can make up for things by tossing character cameos at us. Ellen Page drops in as Kitty Pryde, who serves only to fail to drive a wedge between Rogue and Bobby; Rogue herself drops out of the film about halfway through, although she shows up again at the end. Kelsey Grammar shows up as Beast, who is fun, interesting, but a little too winking—at one point in battle, he starts saying his most famous line, but simply shrugs and says “you know the rest!” when he’s attacked by a goon. Ouch. There’s a whole bevy of small, awkward cameos; while I don’t know a lot of these characters well enough, I’ve heard that they don’t really match up to the comic book characters they share names with. Even Angel, who looks like Ryan Gosling were Gosling, in fact, a gosling, who I remember was a key part of the promotional material, barely shows up. Considering the thinning main cast—Alan Cumming’s Kurt Wagner has left and Cyclops drops out of the film early on—they split up the focus and are just plain distracting. No amount of fanservice is going to cover the busy, confused script.

It’s just not pleasant to try to watch and, to top everything off, this entire movie didn’t even need to happen. I won’t spoil it for you (watch through the credits if you must, although the twist is revealed at the end of the film proper), but it certainly made me see red. To be totally fair, there are character notes that I enjoyed; seeing a younger Charles and Erik recruit a young Jean Grey was lovely, from both a story standpoint, a special effects standpoint, and a purely selfish standpoint—Ian McKellen has always been a handsome man, but de-aged Magneto is almost suspiciously foxy. (Not that Michael Fassbender isn’t equally suspiciously foxy.) And this is the only X-Men film that brings up the fact that having people with powerful mutations walking around is more complex than the usual minority allegory X-Men goes for; the President briefly asks Beast how he’s supposed to maintain a democracy with essentially human WMDs walking around. Beast simply says that he doesn’t know. It pains me that it’s just the briefest of moments, but at least it’s there. But these little spots of good aren’t worth ninety confused, crowded minutes.

Bottom line: A huge disappointment after X2, X-Men; The Last Stand is crowded, confusing, and, frustratingly, ultimately pointless. There are some interesting character notes, but it’s not worth it just for them. A miss.

I rented this DVD from Netflix.