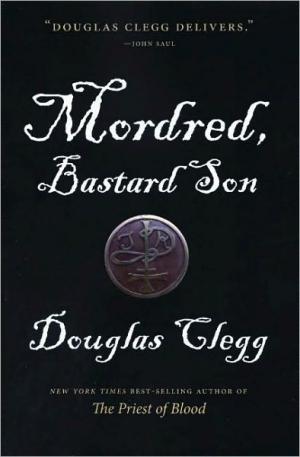 His mother — Morgan le Fay — was called “Witch-Queen,” and his father, Arthur, is King of the Britons.

Conceived in violence, born to royalty, raised in exile — Mordred comes of age among his mother’s mystical clan in a forest far from King Arthur’s lands. But when he meets an outlaw knight — a man beloved of his father but a threat to all Mordred holds dear — all that he has ever learned of life is challenged and threatens to destroy him.

My first book of Mordred’s life is currently in trade paperback. It is the first in a proposed trilogy, but can be read as a stand-alone novel. This is a fantasy novel with a strong love story within it.

I wish I could remember where I stumbled across this; I know it’s after I started the blog and I found it online, but semi-historical queer love story reframing a classic villain as a sympathetic character? I mean, Wicked is one of my favorite novels, so this should be right up my alley. I’m not too jazzed about the idea that it’s the beginning of a trilogy, as I’ve been burned before, but I’m willing to give it a shot.

Val at Reviews by Jessewave enjoyed it, finding it haunting and even-handed. Gerry at Gerry B’s Book Reviews enjoyed it as well, despite the steep learning curve of the worldbuilding. Michael Leonard at Curled Up With a Good Book found the way it skewers Arthurian mythology very engaging indeed. Caitlyn at I Breathe Books really enjoyed it, especially the fact it was peopled with good female characters, which she finds rare in novels focused on male/male romance.

One thought on “The Literary Horizon: Mordred, Bastard Son”