As you may know if you’ve been following my blog for any length of time, I am a sucker for a beautiful cover. It’s led me to read some terrible, terrible books, but I just never seem to learn. So, as you might imagine, cover design is a fascinating subject to me, hence the appearance of today’s pairing on my reading list. 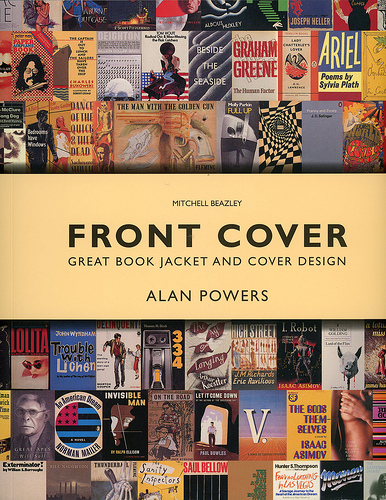 Front Cover: Great Book Jacket and Cover Design is a comprehensive survey of the very best of cover and jacket design from the 20th century. The most important and innovative designs are explored, including the distinctive yellow dust-jackets of the Gollancz novels of the 1930s, the colour-coded series design of Penguin paperbacks in the 1960s and the award-winning paperback designs by Canongate in the 1990s. Chapters are devoted to separate themes – the development of the modern book jacket in the 1920s and 1930s, the diverse styles that evolved in the post-war era, the paperback explosion of the 1960s and 1970s, and the recent revival in jacket design in the hands of design companies such as Pentagram. Revealing double-page features appear in each chapter on such tropics as the Cold War novel, classic novels of the period, and individual authors such as Len Deighton and Ian Fleming. With 300 jackets in full-colour, including rare first editions, innovative designs by leading designers such as E. McKnight Kauffer and Paul Rand, and newly discovered gems, together with an insightful text by leading design expert Alan Powers, this fascinating book will delight anyone with a passion for books.

This is yet another recommendation from my perusal of Nancy Pearl’s Book Lust in the spring of 2009; it looked like a good overview, and that’s really all I can say about it.

Reviews are surprisingly scarce; I only found it referenced in a handful of British newspaper articles. But Amazon’s four reviews for the hardcover edition give it five stars, and I think its format will keep me from becoming disinterested—I’m more forgiving of formats I don’t know well. 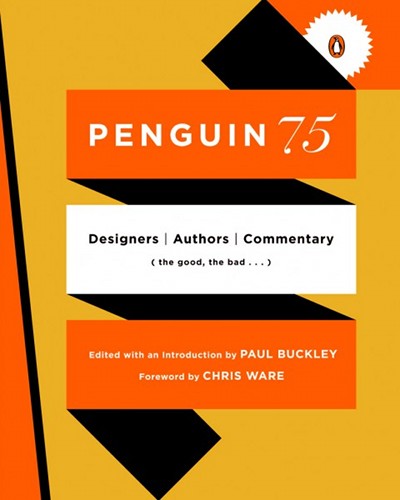 A unique exploration into the subtle art of the book cover

High standards in art and design have always been part of Penguin’s publishing program. Now, on the occasion of Penguin’s 75th anniversary, longtime art director Paul Buckley has chosen seventy-five covers that represent the best of what Penguin has produced over the course of the last decade. Giving readers a rare behind-the-scenes glimpse into the complex creation of a book’s cover, Penguin 75 includes comments from authors, agents, and editors, as well as the designers and artists themselves. This witty and irreverent journey into the book world will appeal to lovers of art, design, and, of course, books.

Penguin’s covers are some of the most iconic covers in publishing, which is why this is perfect. I’m also interested to hear about the cover design process from artists, designers, and writers alike—of particular interest is Tomer Hanuka, whose art is particularly sublime.

Melissa at Swamp of Boredom enjoyed it, but wish it had also showcased the ugly and what went wrong there; Melissa at Scuffed slippers and wormy books…. unequivocally adored it, however.