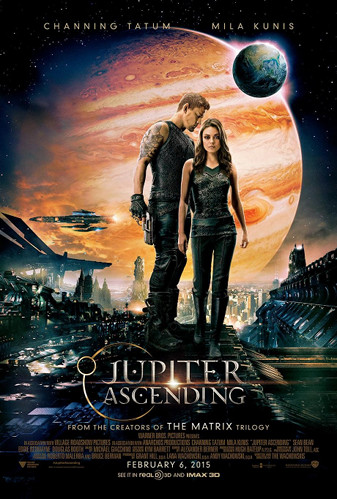 There are a lot of things that go unexplained in the Wachowskis’ long-delayed sci-fi extravaganza Jupiter Ascending: Why does Mila Kunis’ Jupiter, a cisgendered human woman who has presumably menstruated in her life, apply a pad to an open flesh wound adhesive first? Why would you give Channing Tatum, charming mumbler par excellence, a difficult to speak around fanged mouth piece and tons of exposition as the half-man, half-wolf Caine Wise? If Caine is genetically wired to attack royals, why is Jupiter, the reincarnation of a royal matriarch, totally safe with him? Why are the half-animal Splices and regular ol’ humans forbidden to make out? Why isn’t Abrasax spelled Abraxas? Why does this movie feel like it was made in the nineties? And why is there, judging from Sean Bean’s usage of his natural accent, a Sheffield in space?

That last question has a definitive answer—thanks, Nine!—but the rest remain firmly unanswered. Jupiter Ascending is a sloppily ambitious movie, and that is exactly why bad movie fans of all stripes have been excited for it to finally land in theaters. Every new piece of information sent knowing grins through the Internet: its new release date (pushed back from July of last year to February, the month known as film studios’ junk drawer), Sean Bean’s half-bee, half-man character’s name of Stinger Apini, and a trailer featuring Jupiter breezing past Caine’s explanation of his canine DNA with “I love dogs, I’ve always loved dogs.” Could it be the first truly great bad movie of 2015?

Friends, I am glad to report that Jupiter Ascending delivers.

END_OF_DOCUMENT_TOKEN_TO_BE_REPLACED 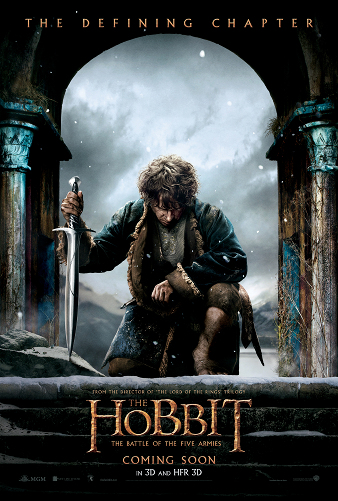 The Hobbit: The Battle of the Five Armies
based on the novel by J.R.R. Tolkien

“We’re still on for seeing The Hobbit: The Battle of the Five Armies tomorrow, right?”

Yes, it’s been a long time since I excitedly herded a pack of Valkyries to the midnight premiere of The Hobbit: An Unexpected Journey back in 2012 resplendent in a homemade Fili costume. Despite the fact that my heart has ever beat for Peter Jackson’s The Lord of the Rings ere we met, Les Hobbitses un et deux have both proven to be lesser footnotes in the canon of Peter Jackson’s Middle-Earth.

The Hobbit: The Battle of the Five Armies shares much of the same problems with its predecessors. All of The Hobbit films heavily rely on CGI that gives the whole proceedings the weightless, stakes-less look of a mid-aughts video game that can only look worse when compared against the jaw-dropping tactility of The Lord of the Rings. The literary protein powder required to bulk up The Hobbit into a trilogy, while organically sourced from the Appendices, ends up muddying the narrative structure. (As in food and as in fashion, it’s always easier to edit down from too much than the opposite.) And the overwhelming nostalgia for the original trilogy that saturated The Hobbit: The Desolation of Smaug takes new form in pointed elbows to the rib about Dúnedain kids showing promise.

END_OF_DOCUMENT_TOKEN_TO_BE_REPLACED 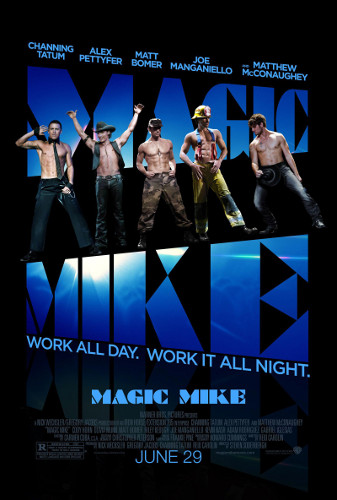 Channing Tatum is a national treasure. I tend to avoid mainstream romantic comedies, due to the social narratives they perpetuate. (Unless, of course, two people I think are cute are making out in it, like Becoming Jane. I am a simple woman with simple tastes.) Because of this, I did not learn this fact until watching 21 Jump Street and 22 Jump Street recently.

END_OF_DOCUMENT_TOKEN_TO_BE_REPLACED 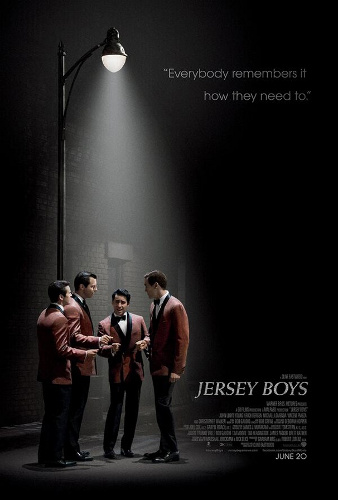 In our culture, musical theater, as an art form, is coded as feminine. This is due to the form’s pointed embrace of artificiality, which is so often conflated with femininity. In reality, musical theater doesn’t divide along gender or sexuality lines so easily—in my Georgia high school, everybody got involved with the spring musical. But the stereotype remains, to the point that even Camp, a film celebrating musical theater with a diverse cast, sees all the male-attracted teens go dizzy when an actual straight boy turns up.

In response, producers have begun to highlight certain musicals as guys’ musicals or musicals you can bring your boyfriend to. My beloved Rock of Ages pitches itself quite hard in that direction, what with the strippers, concert atmosphere, and stunt casting, and so does the mildly more family friendly Jersey Boys, which tells the true stories behind the success of Frankie Valli and the Four Seasons. In fact, both musicals are jukebox musicals that play with the fourth wall, luring in non-theater goers with songs they already love and constantly puncturing the supposed artificiality of stagecraft by talking to the audience. (Both musicals’ abuse of the fourth wall peak memorably: the script is produced in Rock of Ages and the stage is visually flipped in Jersey Boys.)