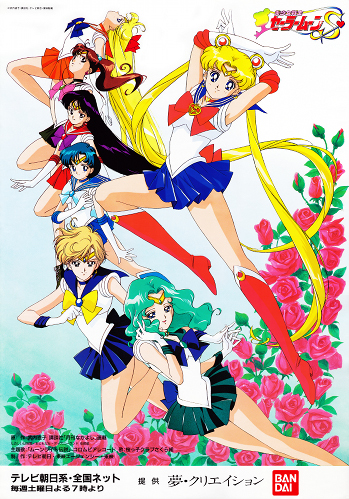 Sailor Moon S
based on the manga by Naoko Takeuchi

I tend to think of Sailor Moon as a very cohesive whole, like a lot of manga and anime franchises, so it’s a little jarring to realize just how it trickled into North America, where it had such a sizable impact. As much as I’m mildly playing at revisiting my childhood by watching Sailor Moon at god awful in the morning while I get ready for work, I’m experiencing Sailor Moon in a way most English-speaking fans did not; I mean, I’ll actually get to watch an official subtitled version of Sailor Moon Sailor Stars.

END_OF_DOCUMENT_TOKEN_TO_BE_REPLACED 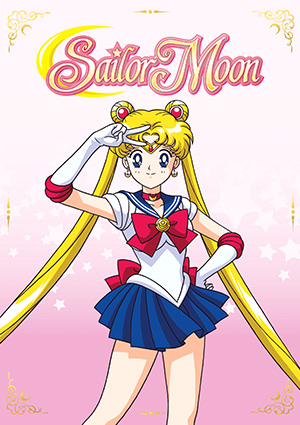 Sailor Moon
based on the manga by Naoko Takeuchi

When the first major wave of anime hit the United States in the early nineties, I was a small child, both in the sense that I was both young and in the sense that I was not already five six, as I would be before hitting middle school. Already entranced by the television, I began watching fits and snatches of cartoons, although the serial nature of television went over my head. It completely eluded me to the point that I would just turn on the television whenever, which was usually at four in the morning. Madame McBride was not amused. When she came across me watching The World of Richard Scarry at an ungodly early hour, she took it for Are You Afraid of the Dark? and made sure I never lay my hands upon a remote before noon again, so help me God.

This might be why I didn’t understand how television worked until I was fifteen.

But that was how I saw Sailor Moon for the first time. I’ve, in the course of my fits and starts to more personal writing, tried to pinpoint the exact airing schedule of it when I came across it, and have only come to the conclusion that being on the west coast helped. It was DiC’s now infamous American dub of the show, neatly glossing over any cultural inconsistencies, providing neat moral lessons in the Sailor Says segments, and, of course, frantically erasing any violent and queer content, from the first season’s villainous Kunzite and Zoisite to Sailor Neptune and Sailor Uranus. While I didn’t watch it religiously, Sailor Moon fit neatly into my haphazardly lady-centric view of the universe, even as it faded into the rearview mirror when we left California.