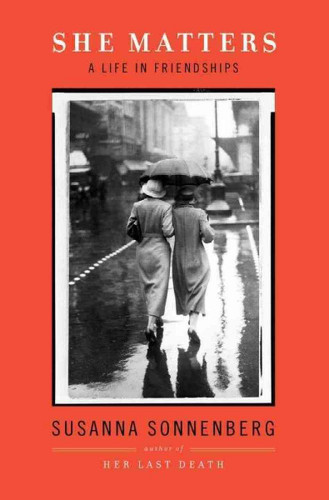 She Matters
by Susanna Sonnenberg

The storied Bechdel Test caught some flack last year in the wake of Pacific Rim. Faced with such a fully realized female character that was, nonetheless, the only woman with a major speaking role in the film, fans coined the Mako Mori Test, which focused on testing a film’s development of a female character.

Of course, passing the Bechdel Test doesn’t mean that a text is feminist or not. Showgirls, as you may hazily recall, passes it several times, and John Carter squeaks by with a single exchange. What the Bechdel Test means that the film’s female characters have the potential to exist, however briefly, in a world where they are not defined by the men in their lives and where they can connect to each other. The test indicates a breeding ground for depictions of female relationships, be it in the film itself or in the fanworks created around it. Representation in media is incredibly important, as we’ve been over time and again. In a culture where teenage girls pat themselves on the back for not being like “other girls” and mainstream films tell us that (heterosexual) marriage is the only important relationship in your life, seeing female friendships not only validated but celebrated onscreen disrupts those harmful narratives on a visceral, immediate level. Which, to bring it back to Ms. Mori, is why fans were so unsettled to realize that Pacific Rim fails the Bechdel Test: it’s the rare—and, perhaps, only—action movie that posits that friendship is more than capable of being the defining relationship of a lifetime.