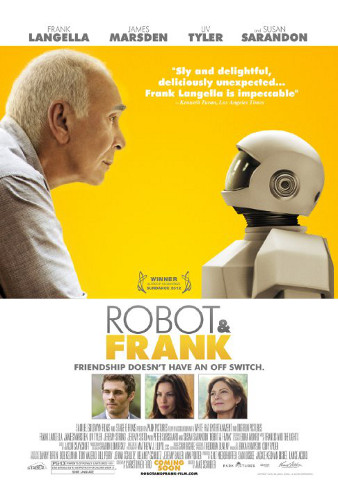 Most of my friends are open-minded cinephiles, between my MST3K-style comedy troupe from college and Captain Cinema herself. They’ll give anything a shot, so long as riffing is allowed as soon as the film sours. (Not in an Alamo Drafthouse Cinema, of course, because we are ladies. Also, if I ever get kicked out of an Alamo, I will never forgive myself.) This makes group movie-going very easy—as long as a film shows promise (be it good promise or hilariously bad promise), we’ll give it (and occasionally ourselves) a shot.

Not so selecting films for my family. My mother and I watch period dramas together; my father and I have a long-standing tradition of sneaking off to action movies without her; the last film my brother took me to as a kiddo was Watchmen. It’s a delicate balancing act, and one that I’ve gotten very good at. After years of research and development, I have concluded that the films that work best what I refer to as near-future sci-fi: films like About Time, Her, and today’s film, Robot and Frank.