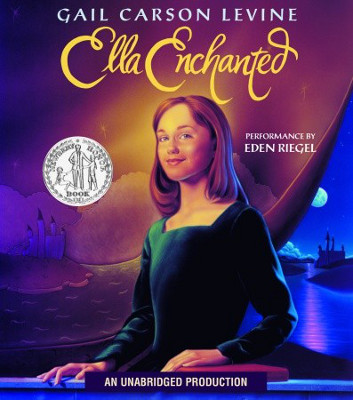 As y’all know, I am a very visual person—that’s why this is a reread feature, not a first read feature. As a kid, cover art could make or break a book for me. What was depicted on the cover was not so much an artist’s interpretation of the work but the law as set down by the powers that be. (I also thought television shows happened when people spontaneously wandered in front of cameras. That might sound adorable, but I also didn’t understand that television shows came on weekly until I was fifteen. Knowledge is power, people.) Obviously, given my utter delight with awful book covers these days, I’ve grown out of this. But I encountered Ella Enchanted while laboring under these beliefs, which means that its original cover is seared into my brain like screen burn-in to such a degree that any other covers make my skin crawl. (I won’t talk about the movie. Until I see it again!)

END_OF_DOCUMENT_TOKEN_TO_BE_REPLACED

The Lord of the Flies by William Golding 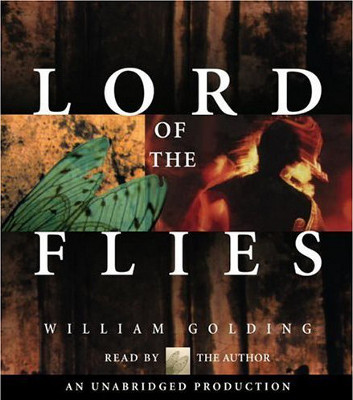 Unlike almost all of my childhood reading, I read The Lord of the Flies around the same age it’s commonly assigned to American schoolchildren. But I don’t ever recall reading it for school—I came across a copy that may have belonged to my brother among my parents’ haphazard library and picked it up. I don’t know how much I absorbed, without a guiding hand, but I do know that I’ve, more or less, always said “she’s got the conch!” whenever I encounter people who interrupt. I’m starting to scrape the bottom of the barrel for audiobooks of books I read before I started the book blog, so The Lord of the Flies presented itself in pretty short order after my last listen.

END_OF_DOCUMENT_TOKEN_TO_BE_REPLACED

The Hitchhiker’s Guide to the Galaxy by Douglas Adams 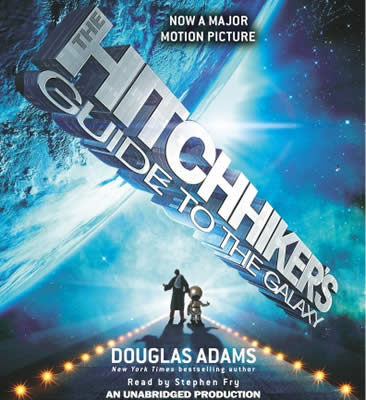 It’s unfair, really. While the PINES library system has the audiobook of Brideshead Revisited as narrated by the incomparable Jeremy Irons, I can’t get my grubby paws on it, since it’s not in my immediate library system, composed of my library and two nearest ones. They won’t ship audiobooks and DVDs over for no reason. I may become a librarian just to fix this gross oversight. (Actually, it’s because they fear that the Georgia sun might damage the goods, which is a totally valid concern.) In any case, deprived of a free copy of Brideshead Revisited, I cast around the audiobooks at a loss—until I saw The Hitchhiker’s Guide to the Galaxy as narrated by Stephen Fry on the shelf, which came home with me. (I should note that this was the first thing I did upon moving home, even before actually moving home.)