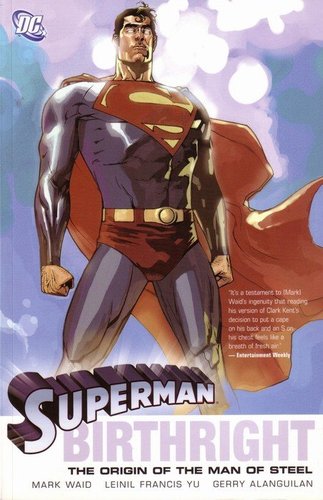 To me, one of the most important elements of the Superman mythos is that Clark Kent is a journalist. It may not shock you to learn that I came to Superman through The Adventures of Lois and Clark, which focused heavily on its newsroom setting, but it’s more than just allegiance to the series that cemented my view of Big Blue. (Make all the Dean Cain jokes you want, he’s still “OH MY GOD IT’S SUPERMAN!” to me.) Rather, it’s an indicator of who Clark is at his core. Supposedly, Marvel’s heroes are the relatable ones and DC’s heroes are the aspirational ones (or used to be, before DC fell down Grimdark Canyon and came back wrong), but Clark’s interest in journalism means that, even if he didn’t have unimaginable power, he would still be out there, fighting for the greater good. Because that’s his greatest superpower: empathy for all humanity.

I have been disappointed again and again as of late when it comes to this integral part of Clark’s character for me: see Man of Steel (or It Came From Grimdark Canyon) and the new 52’s Superman/Wonder Woman (or Mortals Aren’t Good Enough). So opening up Superman: Birthright was a welcome relief, and not just because it was actually and willfully colorful.

END_OF_DOCUMENT_TOKEN_TO_BE_REPLACED

I was about twelve when I was exposed to the film version of Daredevil. It came out in 2003, so I must have been about thirteen. We watched it because my dad has the kind of open mind when it comes to films that a director wishes ey could buy. It didn’t make too much of an impression, beyond cementing my brother’s resemblance to Ben Affleck for the family, and that’s been my major impression of Daredevil ever since. Given my previous antipathy towards Marvel, I saw no need to correct it, but something moved me to pick up this while picking over the graphic novels at the library. I’m quite glad I did.

END_OF_DOCUMENT_TOKEN_TO_BE_REPLACED

One of the difficult things about comics is that it’s ridiculously hard to just jump in; I had to find the right point in 2009 to jump in myself. But that’s what makes trades so incredibly useful, especially when they collect miniseries meant to run for a finite period of time. Today, we’re looking at two collected miniseries from DC Comics.