I may not have been raised by fans, but I was raised on (and by) fandom. While I consider that first viewing of The Fellowship of the Ring in 2001 the revealing of my fannish destiny, I watched my first episode of Digimon in 1999. Add Internet access and the now actually lost Lost Temple of Ishida (a thousand blessings on the Wayback Machine, seriously), and I was reading and writing fanfiction well before I understood that I had the ability to wear different shoes on different days. I mean, I was nine years old when I got my first FanFiction.Net account. Given the shoddiness of my memory, I’ve practically never known a world without fanfiction.

END_OF_DOCUMENT_TOKEN_TO_BE_REPLACED

If you’ve been alive for the past few days, you may have noticed a fresh wave of Harry Potter mania, tinged (or rather halved) with nostalgia has hit the world with the release of Harry Potter and the Deathly Hallows: Part 1 on Friday. I went to a midnight showing because I love midnight crowds; it’s where con folk and normal people meet in the middle. We cheered, we cried, we were heartily confused by whatever Warner Brothers executive decided this was the audience for a Yogi Bear trailer. (And because of my deep love for Two Steps from Hell, I may or may have not sung along with the trailer music for The Chronicles of Narnia: Voyage of the Dawn Treader. Well, as much as you can, because rumor has it Two Steps from Hell doesn’t utilize any known language, but rather goes after what sounds epic.) My review is forthcoming, but, because of my current mania for fantasy deconstruction, I thought we’d take a look at three works that take Harry Potter and gleefully deconstruct it.
END_OF_DOCUMENT_TOKEN_TO_BE_REPLACED

The Magicians by Lev Grossman 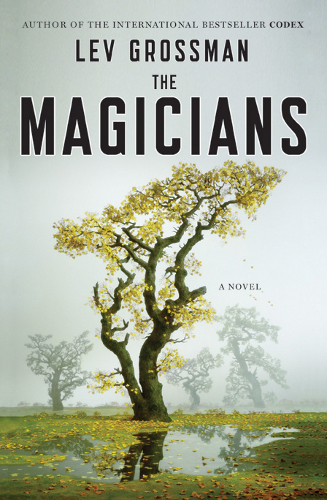 It’s taken me a few days to put together my thoughts on The Magicians, between midterms and Martian Death Flu. I think it’s because The Magicians is marketed improperly, as a fantasy to be read after Harry Potter, or The Chronicles of Narnia. Instead, it’s a remarkably clever and a remarkably vicious deconstruction of those series. It can be brutal if you’ve gone into it thinking it was the former, but it’s very worthwhile.

END_OF_DOCUMENT_TOKEN_TO_BE_REPLACED

I must confess–I read books while I eat. Not with company, of course, unless that company is also reading, in which case we eat and read together. (Did I mention my college is awesome?) It’s a mix of wanting to continue the story so badly and not wasting any precious reading time in the day, I think.

END_OF_DOCUMENT_TOKEN_TO_BE_REPLACED

As you may have surmised, I want to be a book editor. This means I try and keep a very close eye on the publishing industry. As a book lover, this is twice as rewarding, since it gives me a look at what’s coming up for me to devour next. As I ever seek to create more content for my corner of the Internet, I’m going to share my findings. Once a week, on Tuesdays (when most books are released), I will write about two books that have caught my eye–one upcoming, and one recently published.