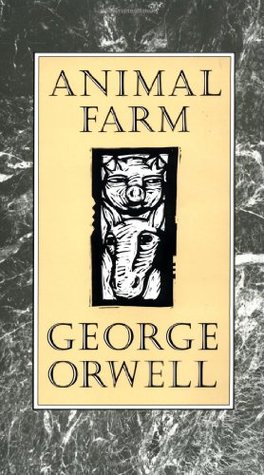 I mean, what would be the point? As I once said to my baffled mother in a California Pizza Kitchen, I grow less and less interested in determining the objective value of a text and more and more interested in the value people derive from a text. Every review on this blog is about the value I personally derive from each text I consume. (Look, Gossamer Axe isn’t for everybody, but, for me, it’s almost perfect.) There are some basics to be still be observed—did you spell everything more or less right? Is there a whole story in here? Do you treat marginalized minorities as people?—but, by and large, it’s the personal resonance that makes pop culture criticism such a fascinating and engaging field.

But there are some texts that I can’t sink my teeth into in a personal way. By and large, in my youth, these were books forced on me that I deeply resented. (Madame McBride made me read Silas Marner before I read Good Omens. I completed her terms, but immediately and willfully forgot the novel. Never underestimate the spite of preteens. They are monsters.) These days, they’re mercifully rare, but Animal Farm rates among them. While I enjoy texts that examine the world around us—speculative fiction is where it is at, people—I still want them to also be engaging stories. That’s, after all, why it’s a story and not an article; it’s easier for people to learn a lesson through a narrative. George Orwell obviously understood this, which is why Animal Farm is a fairy story, as the novel’s original British subtitle goes. He has a point to make about Stalinist Russia and he makes it stridently, over and over again. I don’t think you can ask if it’s effective as a story with well-developed characters, because that’s hardly Orwell’s point. I seriously doubt contemporary reviews of the novel that bemoaned how obvious the novel was bothered him one whit. It works exactly the way he wants it to work, which is no mean feat, and that’s all I can really say about it.

So I thought I’d talk about, instead, reading books in the classroom.