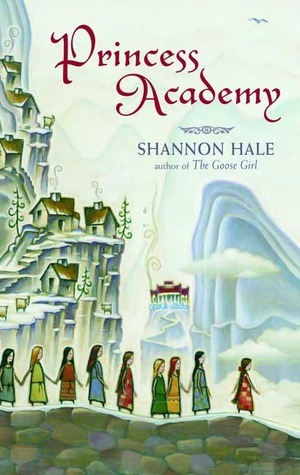 As far as titles go, Princess Academy is just as on the nose and just as vaguely descriptive as, say, Snakes on the Plane. Both of those titles simply describe a noun in the story itself; it’s up to the reader and/or viewer to fill things in. Snakes on a Plane gained enormous hype online for its title alone, and I, I must ashamedly say, dodged Princess Academy because it sounded a little too pat. With the rise of fairy tale high schools (from The School for Good and Evil to Ever After High to Disney’s recently announced Descendants), I, based on the title alone, though that Princess Academy was in the same wheelhouse—a wheelhouse I do visit, but not often enough to warrant seeking it out.