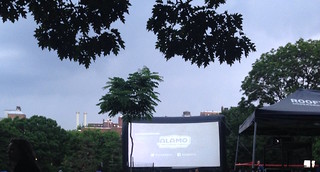 The first real evidence I’ve seen that we’re actually getting an Alamo Drafthouse Cinema—an outdoor screening of Labyrinth! Hearing the Drafthouse intro in Brooklyn was delightful.

At Racked, Julia Rubin looks at the world of competitive hairstyling.

At The New Yorker, Kathryn Schulz looks at the story of Zarif Khan, an early Muslim immigrant to Wyoming whose legacy complicates reductive notions of “real” Americans.

So David Faraci called fandom broken this week. Gavia Baker-Whitelaw has a fantastic breakdown of why that is total nonsense.

Bullet journaling can seem both very approachable and very daunting, so here’s a fun guide to how to get started. My pro-tip? Do what makes sense for you. I have zero time, so I don’t even have a bullet journal—I have a day book where I keep track of disposable stats like how much water I drank in a day and take notes that I index.

Tasbeeh Herwees looks into Liftblr, a tumblr subculture of teen girls who shoplift for personal and political reasons.

The AV Club’s Run the Series column tackles the X-Men Cinematic Universe. It’s a great overview, especially if you don’t give a damn about the Wolverine movies, and also reminded me of that bit in X-3 where the audience is left to conclude that Jean ate Scott.

Brie Larson is apparently in talks to play Captain Marvel. I would accept this.

imgur user eye2 Photoshopped a concept of Anakin Skywalker as a middle-aged Jedi.

Fallout Boy (eh) and Missy Elliott (KLAXONS OF JOY) are going to contribute to the soundtrack of the new Ghostbusters movie.

The Sims 4 recently updated the game to include custom gender settings to allow players to create Sims of any gender expression and gender. I also really appreciate that the settings also include queries about whether the Sim will be able to get pregnant, get other Sims pregnant, or not do either.

Cate Blanchett is in talks to join the all-female Ocean’s Eleven remake.

Books
Purchased: None
Added: Lost Stars by Claudia Grey (via The Mary Sue)