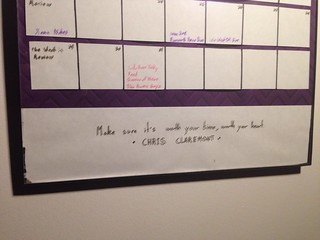 It’s still technically spring, but I can feel summer just around the corner and I am very excited for it.

Renay and I tackle the infamous lesbian vampire episode of Xena over at Lady Business.

This interview with Ironhead Studio’s founder Jose Fernandez is fascinating! Fernandez has become the go-to guy for designing and making superhero costumes in Hollywood over the last few decades, so his perspective and his work are both really cool.

At The Guardian, the astonishing true story of how two Canadian teenagers learned that their parents were actually Russian spies.

The Telegraph’s Robbie Collin has some strong words about what Jared Leto is trying to pass off as Method acting in the upcoming Suicide Squad, before looking into the origins of the Method and how it’s often considered “better” than female acting and comedy.

The next X-Men movie will, obviously, be set in the nineties, completing the strange ouroboros timeline of the franchise.

This Oxford American profile on Billy Mitchell, the greatest Pac-Man player to ever live, is fascinating.

Ronan Farrow wrote a piece supporting his sister Dylan’s allegations of sexual abuse against Woody Allen that also looks at how the media’s treatment of such figures makes the media complicit.

Cinematic superheroes have been inspiring unrealistic fitness goals for men. I’m linking this because it ends on a note we shall all take to heart: actors look like that because it’s literally their job to do so.

Adam Driver and Channing Tatum will be starring in Steven Soderbergh’s Logan Lucky, a film about a heist at a NASCAR race. SOLD!

Lupita Nyong’o and Michael B. Jordan are in talks to join Black Panther, which would be amazing.

Every Frame a Painting takes a look at the art of editing and how expressing emotion takes time.

Agent Carter has been officially cancelled by ABC. Cue a Darth Vader no on that one.

One that I should have probably saved for this link: Kieron Gillen’s Darth Vader series will be ending after issue #25.

How did I not know that Michelle Obama was the reason cardigans came back? Now I know why I distinctly remember them not being everywhere before Barack Obama’s inauguration.