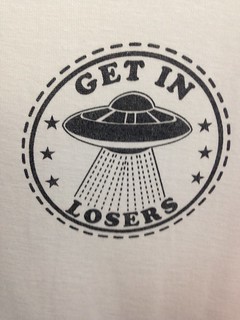 It has been such a long week, kittens. On the plus side, I have discovered that at least two make fancy high-waisted pants with elastic waistbands, so I can look fancy AND be very comfortable.

At Lady Business, Renay and I continue our Adventures in Xena with “Giant Killer,” and I contributed some Fanwork Recs for the week.

Fullscreen DVDs are the Devil, so here’s a history of letterboxing in home video.

At The New Republic, the making of Grace Kelly’s wedding.

This Atlantic piece on how many seemingly middle class Americans would not be able to absorb a financial crisis that would cost $400 or more TERRIFIED me.

Ecto Cooler, the legendary Hi-C drink, is coming back, to promote the new Ghostbusters film. I’ve heard so much about it! I’m looking forward to trying it.

At Noisey, Emma Garland looks at one of Prince’s most revolutionary traits—his ability to write about and work with women while seeing them as entire human beings.

How about those Hugo Award nominations, huh?

I don’t Instagram, but I do workout videos produced by somebody who does, so I occasionally see it flicker in the distance. So this look into Instagram, sponsorship, and teatoxes (i.e., teas that make you poop) was fascinating.

Daisy Ridley has been cast in the World War II drama The Lost Wife.

At The Mary Sue, Teresa Jusino ponders the concept of musical genius and how it’s so often gendered.

Georgia and Georgia-adjacent kittens! The first Fried Pie Con, organized by Oni Press, Fried Pie comics, and 2nd and Charles, will be held in Kennesaw on May 28th! It’s free, so why not go?

At Vulture, Kyle Buchanan looks at the troubling trend of casting actors of color in speculative fiction films as aliens or other characters that disembody them. (I will say that Buchanan doesn’t touch on why Lupita Nyong’o accepted the role of Maz Kenada—because it was a role that disembodied her after Twelve Years a Slave was so body-focused—which would have been interesting.)

Autostraddle is running a fascinating two-part series on trans women on American television.

Pound the alarm: Hulu is not only producing a television adaptation of The Handmaid’s Tale, it’s also cast Elisabeth Moss as Offred. YES! GOOD!

At Guernica, food writer Helen Rosner sings the praises of the true perfect food: the chicken tender. I still dream about a particular chicken tender served at a restaurant in Georgia that hasn’t operated in a decade, so I heartily agree.

New York’s Intrepid Sea, Air, and Space Museum will be hosting Star Trek: The Starfleet Academy Experience in honor of the franchise’s fiftieth anniversary this summer. TAKE MY MONEY!

Films
Purchased: None
Added: Heavyweights (via a friend)