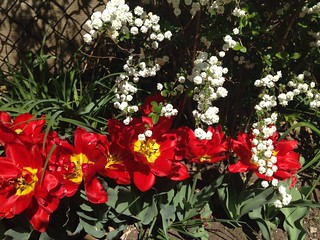 Renay and I continue our Adventures in Xena with “Remember Nothing.”

The tenth was Daisy Ridley’s birthday, and, to celebrate, Mark Hamill tweeted this very important picture of Rey’s Jedi training.

Jeremy McCarter at BuzzFeed looks at the genesis of Hamilton in Obama’s America.

Noel Fielding and Julian Barratt are reuniting for a new project. Stop screaming, Clare from the summer of 2012!

Thor: Ragnarok has gained Tessa Thompson (YES) but lost Natalie Portman (NO but I respect that).

The greatest movie theater chain in the world, the Alamo Drafthouse, is taking the original Star Wars trilogy (well, the Special Editions) on the road across America this summer!

So how about that Dr. Strange trailer, eh? I’ll let Chris Bird, the greatest Dr. Strange fan I know of, tackle this one.

Comic-Con is going to stream its Hall H panels this year—not live and with any special content (like film reel) removed, but yay!

This article about historical reenactors policing each other is a fascinating look into that subculture.

Television Without Pity is going to be resurrected by its new owners, Tribune Media. I wonder how it’ll fare, now that recap culture is largely dead.

Bryan Fuller’s Star Trek is going to be an anthology series, hopping along the prime timeline. I love this show more every time I hear something new about it.

This article on how unlikeable Girls’ Hannah Horvath is an interesting look at a challenging character.

It’s starting to look like Alden Ehrenreich is going to be young Han Solo, which… okay. He is the best dude on that shortlist for this part.

Kevin Wada drew Xena and Gabrielle and everything is perfect and nothing hurts.

Neil Gaiman is adapting Good Omens into a miniseries.

Books
Purchased: None
Added: The Jewel and Her Lapidary by Fran Wilde (via the Book Smugglers)