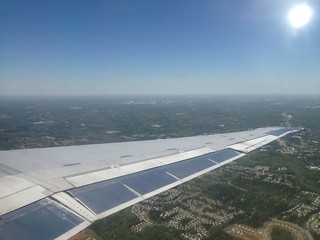 Renay and I make it to the second season of Xena in our Adventures in Xena with “Orphan of War.”

I’m familiar with how, during World War II, women were valorized for taking on masculine roles but punished once the “real men” returned to civilian life, but I had no idea there was a similar thing happening with gay men—accepted during wartime, rejected during peacetime.

The LEGO Batman Movie teasers continue with a beautiful gag about Bruce’s parents. Slapstick is so beautiful.

Cosplayer Ms. Victory made a fantastic lady Finn, and then John Boyega retweeted his approval, causing us all to melt down.

Georgia Governor Nathan Deal has vetoed the Free Exercise Protection Act—an act which would have allowed a liberal definition of faith-based organizations to deny services to LGBTQ people—presumably due to financial pressure by Disney and Marvel. Damn straight.

Anne Helen Petersen on Ben Affleck’s star image and self-conscious discomfort with class. This is a knockout.

In the wake of Thomas Sayers Ellis’ quiet removal from the Iowa Writers Workshop, Jia Tolentino wonders, “Is This the End of the Era of the Important, Inappropriate Literary Man?”

Rob Bricken begins his “Batman V Superman: Spoiler FAQ of Justice” by christening the DCCU “Zack Snyder’s DC Cinematic Murderverse.” It only gets better from there.

MAC Cosmetics will be celebrating Star Trek’s fiftieth anniversary with a Star Trek collection next September, so I will have no money next September.

There are two actual petitions to remove Zack Snyder from the DC Cinematic Murderverse. I love the Internet.

One of the latest trends in Silicon Valley? Intermittent fasting. I’m fascinated, because this also kind of reminds me of Nellie Bowles’ point about how Silicon Valley food innovation is largely just making feminine-coded products appealing to male audiences.

Maisie Williams has been cast as Wolfsbane in the New Mutants movie, a film on which I feel like Jay and Miles should be consultants.

At The Guardian, the history of Ugg boots and their everlasting appeal.

The 2015 James Tiptree, Jr. Awards have been announced!

Books
Purchased: None
Added: Help Us, Great Warrior! by Madeline Flores (via tumblr),