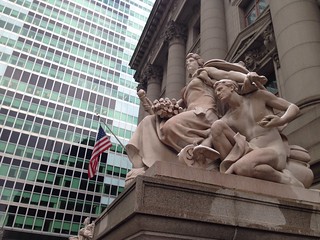 It’s been a rough week, kittens, so I’ve just been laying low and reading My Life in France.

Renay and I finished up Xena’s first season over at Lady Business this week!

So… how about them Oscars, huh? I went to bed halfway through the ceremony because I wake up ridiculously early on weekdays and am also roughly a thousand years old, so I assume Mad Max: Fury Road won everything. Here are your winners if you are also a thousand year old person who wakes up at the crack of dawn.

Also: Sam Smith, you are not the only openly gay Oscar winner, sit down.

Of course, the real winner at any awards ceremony is us, because we get to read Genevieve Valentine’s Red Carpet Rundown. Here’s her latest.

We had our extra day for leap year this past week, and the UK entertainment journalists I follow on Twitter shared this glorious searing review of Leap Year by an actual Irish person.

John Oliver turns his attention to Trump. This is a good reminder to get registered to vote, Americans, because this cannot stand.

Have I mentioned that I kind of collect female LEGO minifigs from their Collectable Minifigures line? I haven’t really been interested in the last three series—the female minifigs have been cool and they’ve been really good about making some of them just happen to be ladies, like their samurai and their paleontologist figs, but they just haven’t flashed for me. But supposedly the next series is a Disney-themed series, which means there’s going to be a Maleficent minifig. FEED ME.

Rebecca Mead’s New Yorker profile about how Silicon Valley types are trying to change up education is fascinating and harrowing, especially when you realize how many people involved do not have advanced degrees in education.

To celebrate the 400th anniversary of William Shakespeare’s death, Rufus Wainwright is releasing an album inspired by Shakespearean sonnets featuring, among many others, Florence Welch and Carrie Fisher. Yes, good.

Flight of the Conchords has announced a North American tour with new material. Also yes, good!

I don’t know if you’re interested in the fact that Casey Wilson is going to be in a new pilot called Hail Mary about a mayor who fakes a miracle to boost tourism, but I think she’s wonderful and I am always happy to see her get work.

Marvel has decided to celebrate my birthday week with launch parties for the release of the first issue of Star Wars: Poe Dameron. If possible, make sure to to swing by your local on April 6th for some swag and some comics!

Genevieve Valentine explains how to use costume design in media using only Star Wars references. Nice.

Susana Polo discusses how Frank Miller both inspired her love of comics and how she came to hate what he stands for in comics.

As I am assuming it was foretold, Ian McShane will be playing Wednesday on American Gods in one of the most perfect pieces of casting I have ever personally witnessed.

POUND THE ALARM: The first trailer for Ghostbusters is go. I definitely teared up watching this trailer, because lady scientists kicking butt and being friends! And also because slow piano covers of any eighties song gets me right here. Also, a lot of baby queers are about to realize they like girls because of Holtzmann. YOU KNOW IT TO BE TRUE.

…but, uh, why is Patty the only nonscientist?

My fellow Lady Business blogger K.J. talks about “The Tyranny of “Do It Yourself!”—you know, what people often say when you criticize mass media.

Jess Plummer tells us where to get started with Disney duck comics. She’s why I read The Life and Times of Scrooge McDuck, so you need to trust her in all things (Disney) duck.

This bonkers piece of gossip about Jonathan Safran Foer divorcing Nicole Krauss for Natalie Portman is kind of amazing—because he did not tell Portman, who is happily married to the father of her child, that he was doing that until after he did it. Will white male entitlement ever cease to amaze?

Will Smith and Joel Edgerton are going to be buddy cops in a movie called Bright—except that one or both of them will be orcs, so, as io9 points out, it should be called Orc Cops. That is literally the only reason I am linking this.

BuzzFeed has been doing some profiles of women in traditionally male-dominated fields lately, and this new one, about truck driver Melissa Rojas, is just as fascinating as the rest.