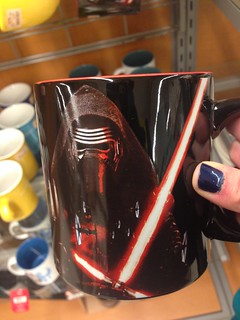 Mark Does Stuff creator Mark Oshiro attended ConQuesT 46, and was treated abominably. Oshiro just speaks up about his experience, but Mikki Kendall contextualizes it in con culture.

The Nerdwriter explores how Howard Shore used leitmotif in The Lord of the Rings to explore how music can elevate and emphasize story in film. It is also a very good excuse to go listen to “The Bridge of Khazad-dûm” and get SO PUMPED FOR THIS WEEK.

So DC has announced their Rebirth initiative, which seems like another soft reboot of the DC universe, this time aimed at… not exactly attracting new fans. Swapna Krishna explains. Jess Plummer breaks it why it’s so infuriating. Rachel Manwill writes DC an open letter about why she won’t be buying their comics anymore. Alex Brown talks about how taking a step back on diversity is a bad idea.

The one cool thing DC did this week: cast Lucy Davis as Etta Candy in Wonder Woman. MORE LADIES, PLEASE.

How to Lose Weight in 4 Steps! is a comedy sketch that’s about surviving a break-up. It’s actually quite heartening.

Carol screenwriter Phyllis Nagy talks about writing the film. She touches on both how to sell lesbian films to straight white men and talks about the love scene.

Carvell Wallace’s piece on Kanye and the power of the image of black utopia is beautiful and poignant.

Ava DuVernay is confirmed to direct Disney’s A Wrinkle in Time adaptation. Nice!

Batman V. Superman will have an R-rated director’s cut, as it continues to evolve into even more of a self-parody.

The New York Times spoke to twenty-seven people in entertainment—including trans women and people of color—to talk about the struggle and exclusion they face in the industry.

This is just a helpful video about how to take better photos with your smartphone’s camera.

This excerpt of Nancy Jo Sales’ American Girl: Social Media and the Secret Lives of Teenagers at Vanity Fair is fascinating.

At Rolling Stone, Matt Taibbi covers Donald Trump’s presidential campaign with deadly accuracy. He talks a little about how supposedly predictable voting groups are no longer behaving the same way, which I find interesting.

Okay, one more piece of American presidential election nonsense: trying to get to the bottom of why some people think Ted Cruz is the Zodiac Killer.

Deadspin breaks down exactly what happened in the SB Nation “Who is Daniel Holtzclaw?” debacle, touching on both the editorial failures (“somehow” the most senior black female editor on staff never saw the article until the week of?) and the presumption of quality and prestige that longform writing brings.

Elizabeth Minkel explains shipping and ship wars. I learned some stuff, even though I have been in fandom since I was a wee one.

Have John Williams talking about the score for Star Wars: The Force Awakens. I really love his nontraditional approach to Rey’s theme.

This is supposedly the costuming breakdown for Kylo Ren. I am confused by the second tunic and bewildered into hysteria by his leather mesh crop top and leather waders. (It has been pointed out to me that the mesh panel is presumably so Adam Driver wouldn’t sweat to death, which is very good. But still: goth fisherman.)

J.J. Abrams mentioned that the new inclusive direction for Star Wars would definitely include queer characters. It’s a bit of a tap-dance answer, but Abrams seems devoted enough that I think it’s definitely a possibility. I am, of course, always available for the role of Captain Phasma’s army wife.

Films
Purchased: None
Added: The Mermaid (via cool people)