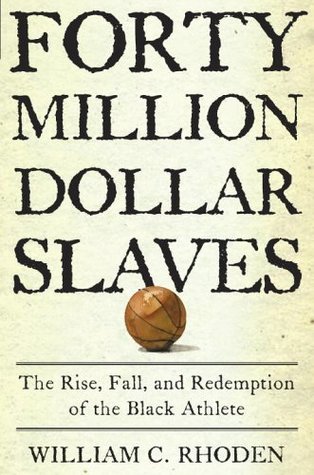 It may not come as a shock to you that I am not a sporting woman. I may enjoy sunshine and long walks nowadays (having come to terms with the fact that, in many respects, I am a glorified dog), but, in childhood, I aligned myself against organized sports after a coach mocked me for sulking behind my long hair instead of participating in fourth grade. I deeply suspect that sports is a bit like religion: it really helps if you were in the thick of it as a kid, although it’s obviously not necessary.

So, despite being a pop culture junkie who gnashed her teeth at the demise of Grantland, sports has never been a part of my life. I only understand sports through the lens of fandom (we are not so different, you and I, Cheeseheads), but even that’s through a lens dark with my culture’s toxic narratives about masculinity, violence, and race. But I had no idea how far that rabbit hole went until I came across Adrienne Elyse’s post on Feministing wondering how to square feminism and just plain ethics with sports fandom. What utility does sport serve us as a cultural practice, and why is that utility served with exploitative practices such as looking the other way when it comes to violence against women? In that post, she specifically names Forty Million Dollar Slaves as a good resource into understanding how modern American sports exploits young black athletes.

Forty Million Dollar Slaves finds sportswriter William C. Rhoden tracing the history of African American athletics from slavery to the modern day, before digging into the processes that make sure black athletes are profitable but not problematic (per the definition of the overwhelmingly white power structure of American sports)—which sounds awfully familiar…

As someone who cares very little for sports—I will fully admit to glazing over a little whenever Rhoden goes deep into play by plays, which he luckily rarely does—I was fascinated by the sports history that Rhoden presents. I now have a much better understanding of American sports history (horseracing used to be wildly popular! When bicycling ceased to be popular, the velodromes were turned into boxing arenas!) and how race plays into it. There are so many stories here that would make fascinating biopics, although Rhoden sketches them briefly to make his points. Of course, in most of the sports that Rhoden covers, when black athletes begin to make a name for themselves, the white sports establishment quakes, thus the genesis of the phrase “the Great White Hope”. (I always knew that was weird. I just never knew why.) Over time, the establishment found themselves in a Catch-22: wanting all the talents of black athletes, but none of their messy politics (see Muhummad Al, Tommie Smith). The establishment’s effort to square those two desires has resulted in what Rhoden characterizes as the modern black athlete—successful and wealthy athletes who do not contribute to the African American community at large.

At first, I was a bit worried that Rhoden might go in the direction of blaming black athletes directly for the lack of black ownership and community in sports, but while he does finger Jordan specifically as a high-profile black male athlete who could have translated his talent and visibility into political power wielded for the African American community, the culprit is more so the system (“The Conveyor Belt”) that actively divorces young black athletes from their communities as they go through youth sports and school programs, by appealing to them with material wealth and by developing a distaste for open politics. It is, after all, an industry that turns viciously on black athletes when they do try to organize or politicize—see Larry Johnson, punished in the media for pointing out that all the power he sees in basketball is white and never seems to help the communities where their players hail from.

Rhoden only devotes one chapter to black female athletes, touching on the story of Lusia Harris, a basketball player who ultimately represented the United States in the first Olympics to include a women’s blasketball tournament. (She scored the first points ever scored by an American female basketball player in the history of the Olympics.) The scant coverage is not because of a lack of interest on Rhoden’s part; he uses the chapter to drive home key points about white feminism and the importance of intersectionality. But it’s still, well, scant coverage. I kind of wish he’d just gone ahead and recommended further reading on the topic, but I don’t think that’s common practice in print nonfiction.

Rhoden’s writing is both breezy and very, very emphatic—since my job, as an indoor white kid, in this situation, is to sit down and listen, I can’t speak to if it’s warranted or not. But Rhoden is clearly passionate about this. Unlike Elyse, who struggles with whether or not sports can be useful, Rhoden believes deeply in what sports can do in terms of personal development and community development. It makes for an engaging read.