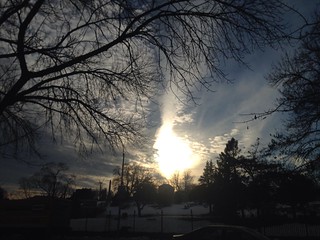 I’m definitely coming down with something.

Foz Meadows breaks down that situation where showrunners are baffled by their viewers shipping male characters together when they write friendships better than they do romances.

Roxane Gay on the Oscar nominations and the boycott:

The thing about a boycott is that there needs to be something at stake. I am not entirely clear what’s at stake if we skip the Oscars. The root of the problem is not the academy, which selects the Oscar nominees, though certainly we should turn our critical eye to those voters who seem to favor white filmmakers and who tend to reward only a kind of “diverse” movie that centers struggle as the mainstay in the black experience. They are just one part of a much larger, wholly diseased, industry.

Hey, did you know Gavia Baker-Whitelaw is eligible for a Hugo award nomination in the category of Fan Writer? If you didn’t, now you do, and now you must help me in my quest to get Gavia a Hugo because she’s so great.

Malinda Lo saw Carol and had a lot of really interesting thoughts about it:

I believe that director Todd Haynes and screenwriter Phyllis Nagy understood how challenging Carol would be for viewers steeped in The L Word at best and so-called lesbian porn at worst. Carol actually teaches viewers how to see two women together as lesbians through the repeated use of one scene. As the movie opens, we see Carol and Therese having tea together in a hotel lobby. It looks like nothing at first, even though we suspect it must be something because the movie is about them. But their attitude and words and posture are blank to us — they appear to be casual acquaintances, just friends.

Then the entire movie happens, and their romance is told with all the luxurious flair of Top Shelf Hollywood. These women are beautiful together; their midcentury world is beautiful around them; and all this beauty gives their story a coat of glamorous gloss that could be mistaken for a lack of depth. But no. That gloss is the lacquer that coats these women’s secret lives. It is makeup, with all its symbolic meaning: mainstream respect, traditional femininity, women’s armor. Therese and Carol can see through the lipstick and the furs to the truth of their hearts. Hopefully, as their story progresses, the viewer also learns how to see through it.

As the movie draws to a close, we return to that scene of Carol and Therese having tea, and after everything we’ve experienced, this scene now takes on a much deeper, more urgent meaning. This repeated scene teaches the viewer how to see the two women in a different light. It shows the viewer that what might appear to be casual and distant on the surface is actually about something that a random passer-by could never understand. Two people’s interactions are never as simple as they seem.

Willa Paskin profiles the new The Daily Show and its seeming bloodlessness.

Jam of the week: Miike Snow’s “Genghis Khan,” which also boasts a cute music video about a super spy and his nemesis falling in love.

Anne Helen Petersen writes about O.J.: Made in America, an epic seven and a half hour long documentary about not only the O.J. Simpson case, but also his life and career in the context of race. It sounds amazing.

At The Atlantic, Debbie Chachra is wary of the productivity morality seemingly inherent to a lot of tech spaces these days:

Making is not a rebel movement, scrappy individuals going up against the system. While the shift might be from the corporate to the individual (supported, mind, by a different set of companies selling a different set of things), it mostly re-inscribes familiar values, in slightly different form: that artifacts are important, and people are not.

It’s not, of course, that there’s anything wrong with making (although it’s not all that clear that the world needs more stuff). The problem is the idea that the alternative to making is usually not doing nothing—it’s almost always doing things for and with other people, from the barista to the Facebook community moderator to the social worker to the surgeon. Describing oneself as a maker—regardless of what one actually or mostly does—is a way of accruing to oneself the gendered, capitalist benefits of being a person who makes products.

Joseph Fiennes is going to play Michael Jackson in an upcoming dramedy. ABSOLUTELY NOT. NOPE. NO. STOP WHITEWASHING. IMMEDIATELY.

Vine user TheRunnerSam made me laugh the hardest I have in a while this week, with his beautifully bizarre videos of a life haunted by seemingly thousands of tiny plastic men in speedos.

Foz Meadows slays on “The Politics of Presence”:

Speaking personally, then, and setting aside any other salient, stylistic factors, the point at which my preference for diversity will likely see me jolted from an otherwise good book, such that I may well question its claim to goodness, is the point at which the narrative becomes complicit in dehumanisation, particularly my own. What this means is always going to shift according to context, but broadly speaking, if an author leans on offensive, simple stereotyping in lieu of characterisation, or if groups that might be realistically present or active within a given context are mysteriously absent, then I’m going to count that a negative. Note that a story which is, in some active sense, about dehumanisation – a misogynist culture; a slave-owning family – is not automatically the same as being complicit in that dehumanisation. This is an important distinction to make: whereas a story about dehumanisation will, by virtue of the attempt, acknowledge what’s going on, even if the characters never question the setting – say, by portraying complex female characters within a restrictive patriarchal system – a complicit story will render these elements as wallpaper: a meaningless background detail, like the number of moons or the price of fish, without ever acknowledging the implications.

At Fader, how black teen culture on social media is being capitalized on by people other than the people that make it. Like, the young woman who invented “on fleek”? Has seen no profits from it.

Focus Features has announced the Lili Elbe Fellowship, a fellowship that will grant a trans filmmaker $10,000 and significant mentorship. This is great, but keep in mind that Focus Features also produced The Danish Girl, wherein Lili Elbe is played by a cisgendered man. I’m glad they’re doing it, but they have been part of the problem.

At New York Magazine, Gabriel Sherman profiles the GOP voters in Iowa and New Hampshire, focusing on who they plan to vote for. This will make blood come out of your eyes, because for every levelheaded conservative concerned about the national debt and how to streamline gun rights without punishing safe, legal gun owners profiled, there’s a person who thinks Donald Trump would make a good president.

Barbie is now available in four body types—straight, tall, petite, and curvy. I’m pleased that there’ll be more diversity in the brand, but that article also points out the problem of distribution—i.e., how they kind of have to sneak the curvy doll in with the others. That’s rotten, but it’s a reflection of the market rather than the company.

Shane Barnes looks at the GLAAD nominations and at how slow change happens with those awards.

Memory and Jenny are at Shiny New Books this week, with their “Spotlight on Young Adult Fiction.”

Also! Did you know Memory has a story in Ruins Excavation, an anthology about women of color archeologists? Now you do, go buy it.

This 2014 article about Native American representation in sf was making the rounds on Twitter this week, and it is really interesting.

The Public Theater’s Shakespeare in the Park will be opening their 2016 season in Central Park with an all-female production of The Taming of the Shrew. Ticket line, here I come.

Dominic Monaghan has confirmed that David Bowie auditioned for The Lord of the Rings, which is really sweet.

Rebecca Traister profiles Samantha Bee in the run-up to her new show, Full Frontal with Samantha Bee. Bee is deadset on the show being feminist and inclusive, and I enjoyed reading about the process she went through to make sure her writers’ room was hired blind.

This is a story at Men’s Journal about how a bunch of CrossFit dudes stole lots of high-end bourbon.

Films
Purchased: None
Added: O.J.: Made in America (via BuzzFeed)