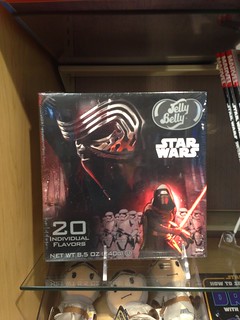 George R. R. Martin talks about why The Winds of Winter is late. I think it’s really important to see that even professional writers who make their living off of writing can struggle with the craft. I’m glad he said something.

Aja Romano details everything dumb Steven Moffat has ever said about women, diversity, and sexuality. There’s a lot to unpack here, so let me just start with—bisexuality isn’t a volume business, you jerk.

This New Yorker profile of Adam Fogelson, the chairman of STX Entertainment, is a really fascinating look at how the movie industry works nowadays.

At Wired, Jason Tanz writes about the creation of the indie video game That Dragon, Cancer, Ryan Green’s video game about his son’s lost battle with cancer. It’s beautifully written and also touches on the intersection of game design and theological theories about free will.

This Vanity Fair piece about how NBC News producer Benita Alexander got scammed by a world-famous doctor is amazingly bonkers.

At The Cut, Sulagna Misra looks at everyone’s newfound attraction to Oscar Isaac and the discourse around him:

Oscar Isaac, and the men who came before him, are the positive side of the ironic misandry movement, in which people of both genders joke — but not really — about how men in politics and popular culture often fall short of our expectations. Instead of noting how someone has failed to respect us or listen to us, shaking our heads, and tagging the incident #banmen, we’re holding up our internet boyfriends as a better way to be. If #banmen is a negative expression (what we don’t want), then the internet boyfriend is the positive version (what we do). They’re not necessarily realistic examples. Instead, they’re examples of our shared fantasies — fantasies that no rom-com is able to give us.

Noelle Stevenson explains why Boba Fett is a lesbian.

Gavia Baker-Whitelaw is co-writing a fandom-centered weekly newsletter called The Rec Center! This is great news. Sign up here.

One: Disney is doing a live-action Cruella de Vil film. Two: Emma Stone is in talks to play her. I assume this takes place during her early years as a designer in Paris (which I totally just made up)?

That epic MetaFilter thread about emotional labor is now available to read as an annotated PDF.

Rebecca Traister asks why Camille Cosby and Hillary Clinton are being called to answer for their husbands’ behavior.

At The Cut, Julieanne Smolinski talks about her experiences in an abusive relationship in the context of being a comedian, especially one whose comedy involves negative self-talk.

I had no idea that editor Marcia Lucas, George Lucas’ first wife, was so integral to the original Star Wars trilogy.

This recall of the word “girlfriend” (to refer to platonic friendships between ladies instead of romantic ones) at Autostraddle made me laugh.

At Guernica, Alexander Chee writes about how his first time in drag helped him reconcile his mixed race identity.

The TV DC universe will continue with Powerless, a workplace sitcom set in the DC universe at NBC.

This piece at The Tampa Bay Times, about a little girl murdered by her father, is difficult to read; it’s horrifying to read about how this particular situation slipped through the cracks time and time again. But it illuminates a lot of faults in the systems put in place to protect kids in situations like this.