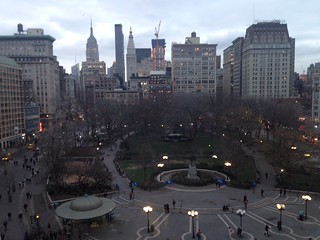 Happy new year, kittens! It’s so fresh and new on the other side of 2015. I saw Star Wars: The Force Awakens again on the first, just to really make sure 2016 started off on a good note.

The Book Smugglers kindly invited me to contribute to Smugglivus, so I wrote about how much I love Knightriders and why you should too.

Rory Eccleston, my MacBook Pro, has been in the shop all week, rendering me an absolute wreck. At least I knew what was happening, so I was able to find coping mechanisms that weren’t “feel awful about how dependent I am on technology.” He has been returned to me, with nearly all of his parts replaced (I just needed a new keyboard, but the hard drive, touchpad, and some mysterious internal cables were also replaced), so hopefully, he’ll keep kicking for the next three years. I am going to need three years to come to terms with a MacBook that doesn’t have a CD drive.

And in that moment, I swear, we were all Star Wars. Or: the Star Wars link round-up.

Andrew Marantz profiles Leslie Jones, the working comedian whose big break is happening now after decades in the business. Jones is really great and it’s adorable to see her Saturday Night Live cast mates tease her lovingly. Also, she’s now super-good friends with Kate McKinnon, who is the dreamiest.

It’s kind of a relief to not have to care about Doctor Strange, but if you do, here’s Cumberbatch in costume. This is happening, I guess? And also, quelle surprise, Mads Mikkelsen is playing the villain.

I’m totally out of touch with the DC television universe, but White Canary will have a lady love interest in Legends of Tomorrow when she ends up in the fifties. Yay!

This AV Club piece on Haddaway’s “What Is Love” is really interesting, especially in terms of the song’s cultural legacy.

At Texas Monthly, Katy Vine looks at the story of the accountant who embezzled millions of dollars from the world’s most famous fruitcake bakery. I’ve developed a compulsive taste for long form crime essays, and this one is particularly good.

Bowie among us, Ghostbusters will have our ladies tackling ghosts from all across New York’s history. (Somebody get Lin-Manuel Miranda a cameo in this.) History! Ghosts! Ladies kicking butt! I’m very excited.

Foz Meadows has mixed but very thoughtful feelings about Rainbow Rowell’s Carry On:

Parts of it annoyed me greatly, but on balance, I enjoyed it: to paraphrase the greatest ever review of Jupiter Ascending, it is my garbage. It is garbage for me, and given that I’m otherwise capable of squealing over garbage that manifestly isn’t for me, just because I’m halfway resigned to entire genres treating me like an alien thing, I’m going to go out on a limb and say that Carry On, despite its flaws, is definitely worth reading.

Autostraddle has compiled a list of 2015’s best long reads written by women.

Our Lady of Celebrity Gossip Anne Helen Petersen looks at Jennifer Lawrence’s career in the context of both Julia Roberts and Leonardo DiCaprio. This makes me want to actually watch Pretty Woman!

Paramount Pictures has launched The Paramount Vault, a YouTube channel where hundreds of the studio’s films are made available to watch for free. This is only for Americans, though, sorry, friends. I think the idea is that they’ll put stuff up for limited runs, but this is a great way to get some more movies into your life. Masters of the Universe is on there!

This late nineties profile of Leonardo DiCaprio in New York Magazine is mesmerizing and takes a very left turn at the end that’s amazing.

At Mother Jones, Katherine Reynolds Lewis looks at how prevailing wisdom about how we discipline children might be wrong.

An actual human man wrote about how the concept of an “Asian superhero” is an oxymoron. Keith Chow stops by NBC to explain why that’s, obviously, hideously wrong.

Teresa’s 2015 in Review post at Shelf Love offers up a different way of looking at our reading goals:

My yoga practice offers a valuable perspective here. At the yoga studio I go to, the teachers talk less about goals and more about mindful attention. Some goals may not be possible for everyone, but we can each note, with respectful curiosity, where we are now. So does this mean we don’t try to improve? Not necessarily. When I started doing yoga regularly, there was one common move, stepping forward out of downward-facing dog, that just seemed impossible for me. It’s a tough move for a lot of people, and the proportions between my upper and lower body, as well as my stomach, made it seem entirely inaccessible. After struggling and getting annoyed, I learned to modify by putting one knee down and stepping the other foot forward. This is perfectly fine, and I figured that’s the way I’ll keep doing it. I had other things that were more important to focus on, like keeping my back straight in down dog. A few weeks ago, we spent a lot of time in class on this particular move, and I learned that arching the back a bit can make it more accessible. The following week, I was attentive to that and got my foot far enough forward that I could grab it and pull it the rest of the way. That’s still not complete success—and I may never get there, and I may often continue to modify by lowering my knee a lot of the time—but paying attention to this area where I needed to improve helped me see a way to do it when I was feeling capable.

So, for me, that’s what stats are about. Seeing where I am so that, when I have the opportunity to shift a bit, I can do so, but not beating myself up or considering it a failure when I don’t. It’s a way of paying attention.

Christina Cauterucci at Washington City Paper looks at the commercialization of DC Pride.

Siouxsie Q James talks about her frustration over the press wanting to write really silly stories about sex work in Silicon Valley (“Do you have to know a lot about Game of Thrones?”) instead of asking why tech companies routinely ignore sex work as an undertargeted demographic and why sex work is still illegal in California if it’s seemingly such a big part of Silicon Valley.

Kristen C. French at Nautilus talks about bog bodies and their violent deaths. I LOVE BOG BODIES. When I went to Ireland with my college, our professor forced us to stay awake for twenty-four hours the first day. As someone who has to sleep a lot just to function, all I remember from that first day is suddenly being in the National Museum of Ireland in front of Oldcroghan Man and spending an hour or so just circling the bog bodies, fascinated by the texture of their flesh. BOG BODIES ARE SO GREAT.

At The Mary Sue, Charline Jao talks about The Forest and its Orientalist romanticization of suicide.

Amalgam Comics & Coffee in Philadelphia is the first comic book store on the East Coast owned and operated by a black woman, Ariell R. Johnson. Johnson also really wants to showcase diverse comics in her store. It sounds amazing and definitely worth a visit.