As an organization fiend, I always love the end of the year; looking back, tidying up, and getting ready for the fresh new year ahead of us.

2015, for me, was largely about getting back into television—or, more specifically, devoting myself to Sailor Moon and Hannibal, which is not a bad spectrum for my taste, come to think of it. In the last few months, I’ve lost the thread a little, but I just wanted to say something up top because television features a lot more in this year’s list than in last year’s.

My top three selections on this list are absolutely neck and neck, by the way; Number 1 edged out Number 2 by virtue of simply being complete.

Could [Jupiter Ascending] be the first truly great bad movie of 2015?

Friends, I am glad to report that Jupiter Ascending delivers. 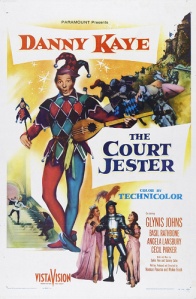 Much of the film, obviously, plays to [Danny Kaye’s] strengths: alternating dizzily fast between the bewildered but nimble in a pinch Hawkins and the witch-induced dashing Giacomo in a wooing scene, playing to big crowds, simply reacting, and negotiating the nimble and deliriously funny wordplay of both the writers and songwriter Sylvia Fine. (It probably helps that I love bad jokes, so jokes like “It comes from the Italian court… what better place for courting Italians” play great to this audience.)

…Ravenous is just as worthy a cult classic as Fight Club is. It’s moody and atmospheric and deeply weird. It’s a quiet movie in a very minor chord that doesn’t ever succumb to the grand theatrical potential inherent in its subject matter. Cannibals and wendigos are real in the world of Ravenous, but they’re just men trying to survive, no matter how they try (and fail) to frame it.

It’s deeply refreshing to see a comedy aimed squarely at adults that doesn’t fall into the trap of relying too heavily on the script, cast improv, and swearing. (I mean, there’s double entendres seven ways to Sunday, but barely a swear word.) There are zany sight gags, rhythmic action sequences, a character silencing the score with one imperious hand, and plenty of good-natured snark, as Henry Cavill’s arch Solo and Armie Hammer’s Illya snipe at each other nonstop. A set piece involving a boat chase, a truck, and a picnic lunch is particularly inspired. The Man from U.N.C.L.E. never feels desperate; it trusts that its supremely good vibes (aided considerably by Daniel Pemberton’s decidedly hip score) are more than enough to keep you interested.

But Agent Carter’s most ferocious highs come from the show being determinedly and vocally feminist, using its period setting (so often used to reinforce the idea that sexism is a thing of the past) to explore the complexities of battling against, negotiating with, and just plain living in a sexist patriarchy.

But the best of these episodes is “Coldhearted Uranus: Makoto in Danger.” Makoto becomes seemingly smitten with Haruka after Haruka gives her her scarf. Usagi alerts the rest of the girls to this development, to the point that they call her to beg her not to give up on men while she’s having coffee with Haruka. But Makoto doesn’t have a crush on Haruka. Rather, she sees Haruka as a possibility model. Makoto’s height and strength means that she often struggles with the narrow boundaries of traditional femininity, but Haruka’s gender presentation—both decidedly butch (…for a nineties shoujo anime) and decidedly female—has made her see that gender is a big enough umbrella for her to be both brawny and girly. It’s a remarkably thoughtful episode about gender identity, and all the more powerful for being aimed at preteen and teenage girls. 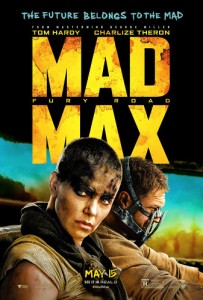 …watching Mad Max: Fury Road made me flee from my screening in pure, stunned joy, so much so that I had to sequester myself for hours to recover from such a wonderful experience. I had never even considered the idea that this seemingly inherently problematic aesthetic that I so adore could not only be rehabilitated and feature people like me, but also tell an inherently feminist story about the disenfranchised seeking agency not by repeating a problematic power structure, but by demolishing it and putting their own in its place. It’s as if George Miller specifically returned from his endearingly bizarre second career as a director of children’s films to say, “Yes, Clare, we can have it all.” 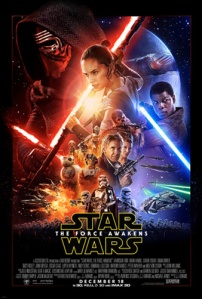 Honestly, The Force Awakens reminds me of nothing so much as Legend of Korra—a sequel that looks at the original and just follows the worldbuilding to logical conclusions to find new and interesting stories to tell.

With Hannibal concluded for now—and what a conclusion, sung to its rest by Siouxsie Sioux’s first single in years—all I particularly want to do is look back and marvel at it. It’s amazing that Fuller got this far, really, and it’s a testament to his dedication to his artistic vision that Hannibal happened exactly the way it did. It bodes good things for Fuller’s upcoming adaptation of American Gods and for whatever form Hannibal will take further down the road. It’s a stroke of luck and genius that now feels utterly fundamental. What a good show.

5 thoughts on “The Year in Review: My Favorite Films and TV Shows of 2015”