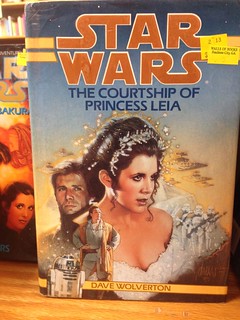 Well, that was a pleasant holiday vacation. But back to my usual routine and schedule, eh?

At Lady Business, my fellow editors and I share our Best Beloved Books of 2015!

Here’s Oscar Isaac covering Bill Murray’s Star Wars song, just to get the last week of 2015 off to a perfect start.

Okay, I haven’t read this yet, BUT a queer Brighton Sherlock Holmes fan group’s latest issue of their periodical is themed around “Queerness in Sherlockiana.”

Did you know that John Boyega does an impression of Daisy Ridley that delights her? It’s adorable.

This 1992 Vanity Fair profile of Barbara Bush is both fascinating and heartbreaking.

Natalie Shure explains how Sacagawea’s story was co-opted after her death and eventually became one of the major narratives about a Native American woman in American history.

Harry, Ron, and Hermione have been cast for the stage production of Harry Potter and the Cursed Child, and Hermione will be played by Afro-British actress Noma Dumezweni. I think this is great—Hermione can be easily read as black—but I also think it’s easy to make this choice now that the films have become the accepted visual representation of the novels.

Did you watch The Muppet Christmas Carol to celebrate the holidays? (We almost did, but Wolfboy insisted on Cars, and the existential horror gets worse every time you watch that movie.) Here’s a very sweet piece at The Guardian interviewing those who made the film, which was the first after Jim Henson’s death.

Look, this cast is too adorable, that’s why there are so many of these videos this morning. Daisy Ridley, John Boyega, and Carrie Fisher (with Gary in tow, of course) talk shop on Graham Norton.

Interested in getting into Star Wars? tumblr user kingcheddarxvii has a handy guide for you.

I’m going to corral all of the spoilery Star Wars: The Force Awakens links I have here, so nobody gets accidentally spoiled:

Americans! This is a tumblr resource post about navigating our health insurance. It is not scintillating, but it is useful.

This BuzzFeed profile on how Good Eggs, a food startup that delivered artisanal and farm goods to people’s homes, fell apart is really interesting.

This week’s jam: Sarah Brightman and Hot Gossip’s “I Lost My Heart To A Starship Trooper.”