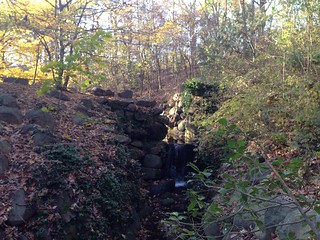 Happy Thanksgiving, Americans! I hope you had a nice holiday. Mine was nice and quiet and full of Mystery Science Theater 3000. I also decided to reward myself with sleep. I highly recommend it.

Renay and I’s Adventures in Xena continue with “The Prodigal.” You know, the first episode with a baby-faced Karl Urban.

Daisy Ridley and John Boyega joined in the fun for Saturday Night Live’s Star Wars: The Force Awakens auditions sketch. Emma Stone reminding us that she was cast to play a woman of color in a film: not great. Michael Buble singing bad puns to Daisy Ridley, who is making a “you total dork <3” face? A+ NUMBER ONE.

At The Atlantic, Hanna Rosin investigates the high teen suicide rate in Palo Alto. I thought I’d already read this story, and then I realized I’d read a story on the same subject two years ago. This is a problem.

Our Lady of Celebrity Gossip Anne Helen Petersen interviews Enya. As someone who was raised on Enya (I think I once threatened to learn Gaelic instead of French because of our family copy of The Celts, so it was serious) and as someone interested in the modern music industry, this was a fascinating read. Also, it contains this line: “She looks like a mix of Deanna Troi and my mom, which is to say, she is the most beautiful woman in the world.”

Universal might be courting Angelina Jolie to play the Bride of Frankenstein in their new Universal Monsters universe (or the Monster Mash, as it will be known hence forth). I’m down. Tom Cruise is also being courted for The Mummy reboot: but as the hero, not as the mummy. Less down, but still interested.

Claire Vaye Watkins’ searing “On Pandering” is about gender in writing—in the community of writers, in the canon, and in the writing of people who are not straight, white men.

Autostraddle provides a comics gift guide for the young girl in your life.

At Slate, Michelle Goldberg looks at how yoga was exported to the West. Is it appropriation when it’s actively being sold to you by the people to which it belongs?

This week, Scott Bergstrom, author of the debut YA novel The Cruelty, gave an interview where it became increasingly clear that he has a dim view of the genre in which he writes, calling his own novel more morally complex than most YA novels and even having his heroine take a swipe at YA dystopian fiction in the novel. People have not been happy, largely because this is such a perfect storm of all the crap that young women and YA written for them get thrown at them.

lorddorian on tumblr walks us through the book version of the school uniforms in Harry Potter.

Oh, no, there are three seventies-themed Star Wars: The Force Awakens posters. I’m never going to be let back into the movie theater in my home town because I will have taken them all.

Hey, Lionsgate actually responded to people calling out the whitewashing in Gods of Egypt! Unfortunately, it’s just a promise to do better next time. Boo.