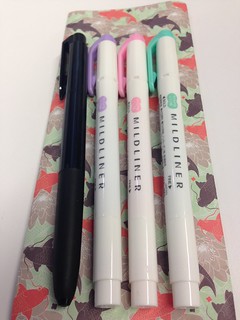 Renay and I’s Adventures in Xena continue with “The Royal Couple of Thieves.” Spoiler alert: Autolycus is gross.

Normally, I do this post in chronological order, but I feel like it’s best to discuss the Paris attacks at the top. The Mary Sue has a post about what you can do to help. Yascha Mounk at Slate has a very clear-eyed piece about how to combat both radical Islamist terrorism and Islamophobia. I always feel so strange and useless in the wake of tragedy like this; I should feel sad, and do, but am always so unsure about how to translate that into meaningful help and action.

I hate that tragedy on this level strikes so frequently that I’ve had time to reflect on that.

Zak Stone’s tragic account of how his father died while his family was renting an Airbnb for Thanksgiving in a very preventable accident is heartrending. A lot of new share economy models—Uber, Airbnb, and the like—shove liability onto its private providers. Sure, that drives costs down, but there are some things that are worth paying for.

ABC has purchased Wing Person, a comedy about a lesbian “lothario” and her best friend, a straight guy. That could be amazing, but if there’s any tension between the leads, I AM LEAVING.

Holy crow, Carrie Fisher worked for decades as a script doctor? What an amazing woman.

Brigid Schulte’s new book, Overwhelmed, is about time management. Here, she talks about how time is a feminist issue, especially for women with male partners. Fascinating stuff.

Noel Murray’s piece on Ellen’s “Like a Virgin,” an episode where sitcom protagonist Ellen has sex with her girlfriend for the first time, is incredibly touching. He interviews writer Jane Espenson and showrunner Tim Doyle to talk about the episode. I’m still tearing up at how adorable it is that they decided that the audience should know that Ellen’s girlfriend is perfect for her because she laughs at her jokes. And then Espenson and Doyle reject auteur theory. What a great piece.

At Pacific Standard, Alana Massey points out that it’s not the job of minority students to transform their white peers:

Aziz Ansari spoke to Fisher Stevens about his role in Short Circuit 2—where the Caucasian actor plays an Indian scientist—and uses it as a jumping off point to discuss diversity in Hollywood.

Disney has shelved its live-action Aladdin movie, because Robin Williams’ will states that his likeness cannot be used until 2039—and even then, only by his charitable organization, the Windfall Foundation. Hmm.

Annie Zaleski’s piece on Harvey Danger’s “Flagpole Sitta” is a brilliant look into the strange life of that song and its relationship with the men who wrote it over the years.

The student activism at the University of Missouri has made a lot of journalists spill ink about the subject. Roxane Gay is, unsurprisingly, essential on the topic, from taking student activism seriously to the search for safe spaces. Virginia Pasley at Code Switch also tackles the latter topic. Tressie McMillan Cottom outlines several important points in the conversation, especially how American (and Western, really) discussion of racism seems to occur without ever pointing out that people act racistly.

Less nice: Hasbro’s Star Wars action figure sets do not include Rey or Captain Phasma. You know, one of the major protagonists and an action figure that is very easy to make, since it’s a shiny storm trooper with a cape. Barf.

Treva Lindsey at Cosmopolitan takes the mainstream media to task for largely ignoring the trial of Daniel Holtzclaw, a former police officer accused of racially based serial rape.

Missy Elliott returned to music with “WTF (Where They From)” this week. This 1997 profile of the artist is absolutely fascinating, especially if you know next to nothing about her. What an amazing woman!

Earth-65—also known as Spider-Gwen’s universe—has a black female Captain America, and Spider-Gwen #2 explains her backstory. And it is so cool. There’s bonus Peggy Carter!

Sara Benincasa explains that real artists have day jobs—or, less directly, that you are an artist no matter how you’re feeding yourself.

Ugh, Gods of Egypt exists. Do we need another film where Egyptian characters are played by white people?

Oh, Suicide Squad is going to be rated PG-13? I’ll tell my mom we’re studying at Brecky’s if you drive to the mall with the Hot Topic.

This 2011 article by Captain Awkward about a casting exercise she does in her classes is a really interesting but practical look into how racism and sexism influences people who think they’re too liberal to be racist and sexist. And, in turn, how that builds up into the landscape of Hollywood.

Hyrule Warriors Legends is introducing a new character named Linkle—a lady version of Link unrelated to him. She looks like Link’s little sister rather than a distaff Link, but she’s cute as a button and wields two crossbows. APPROVED.

Final Fantasy’s Cloud Strife will soon be a playable character in Super Smash Bros. This is undoubtedly awesome, but I also feel like the streams are crossing in a very strange way. (Also: loving the menu icons on his attacks.)

Books
Purchased: None
Added: The Nuns of Sant’Ambrogio by Hubert Wolf (via Jenny), Overwhelmed by Brigid Schulte, The Elements of Typographic Style by Robert Bringhurst, Just My Type by Simon Garfield

Films
Purchased: None
Added: Advantageous (via the Mary Sue)