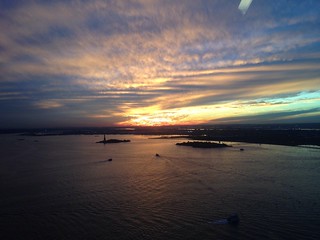 All I ever want to do lately is buy fancy pens and cheap notebooks. And eat chicken. The left command key on my laptop has decided to stop working, so we’ll see how long it takes me to either learn to use the right command key or give up and go to the Apple Store and refuse to let them keep Rory Eccleston overnight because I know that means a week.

Over at Lady Business, I shared my favorite book of October. Check out my fellow editors’ picks!

The amazing Grantland is dead, according to ESPN. Seeing The Dissolve (rest in peace, you beautiful prince) expire made some kind of sense to me, but I’m deeply disheartened that even a space with a big parent company couldn’t survive. Here’s Emily Yoshida’s beautiful piece on Myst, to remind us of what we’ve lost.

“Singing in the Shower” singer/pop-rapper Becky Gomez will be the Yellow Ranger in the Power Rangers reboot. Please let her do the song over the credits. Please.

Carrie Fisher interviewing Daisy Ridley is as perfect as you might expect.

Caelyn Sandel at The Mary Sue talks about how The Rocky Horror Picture Show is best left behind us, especially in the queer community.

Crossed Genres is shutting down in December. This has not been a good week for awesome publications.

January 2017 will bring us a new Star Trek series from CBS, which will, after its premiere episode, become a web-first show. That may seem like an odd move, but I hope it allows the show to explore themes it might not be able to on network television.

100 Years of Beauty tackles white American men over the last hundred years. This series is so good!

Genevieve Valentine looks at The Guest as a horror film about toxic masculinity.

The man bun (hate the name, love the look) has been getting a lot of positive attention lately, but Kristen Barber points out that men have been putting their hair up in buns for thousands of years in India and Japan (to name only two places): it’s only recently, with white men embracing the trend, that it’s started to be seen as attractive.

Disney might be retiring Slave Leia merchandise. Which is great, because it’s so often the only Leia merchandise that’s available, so it’ll force the company to present her as she is, not as she was in captivity.

Nicole Kidman has joined Wonder Woman as a high-ranking Amazon, so people are thinking she might be playing Queen Hippolyta. I will accept this, on the grounds that Lucy Lawless is not available for the role.

The character posters for The Force Awakens look amazing. I especially love the control room lighting for Leia.

Uncanny X-Men #600 finds time-displaced young Iceman and regular Iceman finally meeting face to face to discuss the fact that they’re gay, confirming that the older Iceman has been closeted all this time. Brett White’s amazing round-up covers how great this is and also its weak spots (JEAN WHY ARE YOU HERE).

TGIF/F is a femslash convention whose first convention will happen in February in Los Angeles. This is such an amazing idea and I hope it does awesomely.

Jennie at Biblio File rightly takes The Fangirl’s Guide to the Galaxy to task for ignoring Twilight’s fandom until it’s time to insult Bella, by exploding the argument that Buffy would kill Edward on sight.

At The Lingerie Addict, Datura Divine talks about how lingerie brands will use sex worker imagery in their ads while ignoring a large part of their clientele because sex workers are supposedly not worthy of respect.

CBS is working on a new show called MI-Zero, where an American woman marries the Prince of England and is then recruited to become a super-spy. Yes, please, where do I mail my wallet.

At Atlas Obscura, Dan Nosowitz looks into how the New Jersey Italian accent happened. It’s a really fascinating look into linguistics and the history of Italian as a language.

New Canadian Prime Minister was asked why he was so invested in making his cabinet have an equal number of men and women. His answer? “Because it’s 2015.” I like this guy.

NBC is launching a new streaming service next year—which will include the entire back catalog of Saturday Night Live, minus musical performances. HEAVY. BREATHING.

At Salon, Amy Bauer talks frankly about her economic situation and her writing—how it was difficult for her to write while in poverty, but easier now that her husband makes enough money for her to write full-time. And that’s important to talk about, because we so often don’t and pretend that money doesn’t matter in the arts. Bauer even mentions two independently wealthy writers who pass themselves off as struggling writers in two separate Q&A sessions.

The Haysom murder case, where the parents of a young woman were brutally murdered and the young woman and her then-boyfriend both blame each other, is a doozy, and Nathan Heller’s coverage of it is brilliant.

The late comedian Mitch Hedberg once wrote Uniball a letter (with a Pilot pen, apologetically) to tell them that he was willing to do anything to promote their pens because they’re so good. As someone who has freshly pledged her allegiance to Uniball Signos in the tiniest nib sizes, I feel deeply connected to him on this matter.

The Warcraft trailer is here. I have no idea if this movie is going to be good or not, but I will definitely be seeing it opening weekend. Zug zug, friends. Zug zug. (Here’s a proper breakdown, if you’re curious.)

Adidas will provide design support and new resources to high schools who want to change their Native American mascots to something that’s, you know, not offensive. I really appreciate this, because I can see how “it’ll be too expensive to change everything, let’s just continue being actively racist” is an argument that might fly in some schools.

Ken Walczak talks about the history of the cocktail in America. The best bartenders in America had to go overseas during Prohibition, which also ended up warping the American liquor palette. I learned so much.

Running is a tradition for Hopi, and that has gradually been translated into cross-country running, especially for high school students. That’s so lovely!

Former Sony executive Amy Pascal has acquired the rights to Zoe Quinn’s upcoming memoir for a film adaptation, and Scarlett Johansson is reportedly interesting in playing the lead.