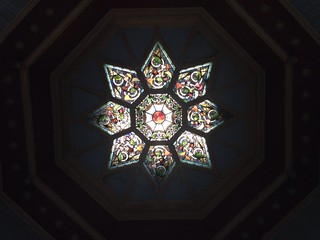 Renay and I continue with our adventures in Xena with “The Black Wolf.”

Via Anastasia, Hanna Brooks Olsen talks about the invisibility of millennial poverty.

N.K. Jemisin talks diversity and sf with The Guardian.

The Pale Rook calls for female artists to value their work, after having the disorienting experience of realizing that she sets her prices for her work based on how “fair” it would be to customers, instead of reflecting the time, energy, and talent each piece takes.

Thursday marked the end of The Daily Show with Jon Stewart (which is now just The Daily Show). I spent Friday morning watching his final episode and crying a little; it was wonderful and I’m glad he moved on when he did. Let’s round up the tributes and related news here:

Annah Anti-Palindrome (a white woman) loved her dreadlocks but cut them off. Her explanation of why is really interesting and important, but I think this is the most important part:

Though I am still pretty “alternative” looking, I’ve learned to stand up against systems of oppression by doing the actual footwork in my daily life. I no longer naively expect my physical appearance (on its own) to do that work for me.

Charlotte Geater writes about queer representation in comics in the context of comics’ use of subtext and about Hercules’ inherent legacy as a queer character:

I studied Shakespeare at university. Shakespeare famously wrote many of his sonnets to another man. There’s a lot of scholarship around it — just as I am sure there is plenty of scholarship about Heracles and queer desire in classical literature. Academics spend their whole lives working this stuff out. And some of them spend their whole lives trying to flatten it, too! Trying to make other people read literature and history in the same way that they read it. The Victorians used to change the pronouns in Shakespeare’s sonnets. Dryden rewrote The Tempest to give Miranda a male counterpart, to make her a less threatening figure, and to somehow… improve The Tempest by adding symmetry to it. He also wrote in a female counterpart to Caliban. These characters, who we know as singular, and both of whom have — desires that the world around them is struggling to contain… are subdued. He rewrote some of Shakespeare’s prose to make it into verse, too. It’s rubbish. But what do we read, now, hundreds of years on? We read Shakespeare. Because it’s a better story. Because it’s wilder. Because there is more room to breathe. More room for us to let our brains whirr and wonder and fit pieces together.

This is the most important Pomeranian video on the Internet.

tumblr user overheadoftheaquaablue explains why it makes a lot of sense for James Potter and, therefore, Harry to be desi.

The Society Pages had an interesting back and forth about traditional drag and whether or not it can be offensive this week:

Allure seriously had a brief hair article about white girls giving themselves afros. Zeba Blay at Huffington Post eviscerates it.

The extended Hobbit trilogy hits theaters this fall with a trio of special screenings. My childhood Ringer would be astonished to find her adult counterpart shrugging.

For Such A Time, a romance novel that retells the story of Esther with Nazis and Esther converting to Christianity, was recently nominated for two awards given out by Romance Writers of America. It didn’t win, but it’s sparked a conversation about how did nobody catch how brutally offensive this book was before its nomination?

Jordan Kay explores the secretive world of Makeup Alley. I used to hang out there for nail polish shenanigans (before discovering that my nail chemistry literally means that I can use crap nail polish as long as I have a fantastic bottom coat and top coat), but never knew about most of this stuff.

At Jezebel, Madeleine Davis shares her experiment of sending out novel queries to agents under an assumed male name; the results are predictably infuriating.

This Slate interview with Karen Kelski, an academic career consultant, makes me want to run screaming even further away from academia and I am no longer even in it.

Lifehacker’s This Is How I Work series scores John Scalzi.

At Buzzfeed, Azeen Ghorayshi looks at the ethics of operating on intersex babies.

This week’s jam: Sophie Ellis-Bextor’s “Murder on the Dancefloor.” Thanks, Hannibal fandom!

The trailer for Stonewall is out… and shows that it appears to be double-downing on erasing people of color, especially trans women of color, from the story. BOO. Cleanse this from your mind with this interview with the late Stormé DeLarverie, the legendary Stonewall Lesbian who was attacked by police that night.

Bethany Black will be the first trans actor on Doctor Who, in a role that wasn’t actually written for a trans actor. Progress!

Bill Hader has joined the cast of Brooklyn Nine-Nine! Huzzah.

Lee Daniels is developing a show centered around girl groups inspired by the Supremes and Destiny’s Child. YES. GOOD.

Atlas Obscura rounds up fifteen games from the golden age of point and click adventure games, all of which are available in one form or another at the Internet Archive.