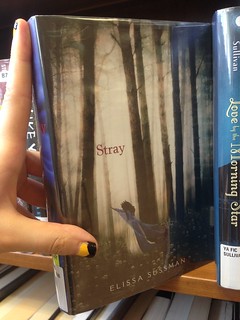 I am finally all caught with Hannibal. LIFE IS GOOD.

Everything I read about YouTube stars blows my mind, so here’s Anne Helen Petersen breaking down Smosh.

A kind Youtuber has made four videos listing off the various changes made to the Star Wars films on home release (and Special Edition, which received a theatrical release). It’s great to see them side by side, because you can really see what’s been changed. I’m on record as loathing every change made to A New Hope—not so much because Lucas doesn’t have the right to do it (he totally does), but because it absolutely destroys the pacing of the film—but watching this made me think a lot about how to restore films, especially effects heavy films. We can all agree that the replaced Anakin ghost is TOTAL CRAP (look, if you can choose to be your hotter, younger self as a Jedi ghost, why isn’t Obi-Wan Ewan McGregor? I REST MY CASE), but where does recoloring R2 in space shots to be the correct color fall? And where does cutting in new footage from the original shoot fall? I tend to rest on the side of being as discreet as humanly possible and preserve vintage special effects (Jabba’s Sail Barge is quite respectable for 1983!) but there are plenty of shots where I would have never noticed a change.

At A Dribble of Ink, guest contributor Andrew Liptak tears Ernie Cline’s new novel, Armada, a new one. Why? Liptak argues that it sets up and reinforces the idea of the geek manchild, all the while being deeply exclusionary—which are huge problems in the sf community at the moment.

Moira Weigel’s “Fitted” for The New Inquiry looks into how FitBit and other fitness trackers provide a new kind of morality and inherently promote competition (instead of collaboration). She also brings confession into it, which I’m always fascinated by.

DC’s Bombshells, a series featuring its lady capes in a World War II setting, rewrites Batman’s origin story awesomely. I would also like to point out that I am thrilled that Batwoman is called Batwoman… because she’s a batwoman and a star baseball player. Genius.

Much less genius is the transphobia of DC’s Justice League 3001. Male superhero Guy Gardner has been forcibly transplanted into a woman’s body, and instead of exploring, oh, gender dysphoria, it’s just… let’s say the phrase “these hormones are making me crazy!” is used. At The Mary Sue, Marcy Cook explains how it could be fixed.

Here’s a better look at a superhero who debuted at the end of Ant-Man, a film I will see on DVD.

At GQ, Jon Ronson profiles several Middle Eastern male actors in Hollywood navigating an industry that often refuses to let them play anything but terrorists. (Case in point: Jon Stewart’s Rosewater stars Mexican actor Gael García Bernal as an Iranian-Canadian reporter. As one of Ronson’s interviewees points out, it’s very disheartening to see a frighteningly rare role go to someone outside of their community.) Ronson especially focuses on the emotional toll it can take on these men. It’s really harrowing stuff.

Gavia Baker-Whitelaw explains everything we lost when Marvel decided that Janet Van Dyne wasn’t going to make it in the Marvel Cinematic Universe.

Jenn at Reappropriate talks about The New York Times’ coverage of on-campus suicides—and how it ignores how that issue affects Asian-American students. Also, I just learned that Asian-American women have the highest suicide rate of any women of any race. That’s harrowing.

Jillian Steinhauer has written an open letter to the National Museum of African Act, asking it to remove Bill Cosby from its current headliner exhibit, Conversations.

Gene Demby at Code Switch has thoughts on Wyatt Cenac’s recent episode of WTF with Marc Maron and how comedians of color who succeed in white mainstream comedy tend to be those who can cater to white folks.

That last point can be found expanded upon in Tanner Colby’s piece on Saturday Night Live and race, written on the hiring of Sasheer Zamata.

At Vox, Matt Fisher talks about mob violence and the Internet in the wake of Cecil the lion.

Joanna Robinson lists every line Judy Greer had in a movie this summer—which is a very scant number, despite playing parts in four major studio films. It’s a damning look at how Hollywood treats women over a certain age.

Films
Purchased: None
Added: Medicine for Melancholy (via the A.V. Club), Playing Gay (via Autostraddle)