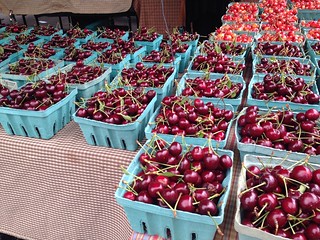 My anxiety has been terrible this week, but the week has otherwise been fundamentally okay. Noelle Stevenson’s Nimona came in at the library, which is exciting, and I finished the first season of Hannibal. WHAT A GREAT SHOW.

Over at Lady Business, Renay and I continue our Adventures in Xena with episode 109: “Death in Chains.”

While I adored Magic Mike XXL wholeheartedly, Tasha Robinson at the Dissolve has some issue with how the film plays with female bodies—i.e., there are several women in the film for whom male stripping is a full contact sport. It’s a very valid point.

Bryan Konietzko, co-creator of Avatar: The Last Airbender and Legend of Korra, has a new project—Threadworlds, a graphic novel about a girl named Nova who becomes a “scientific superhero.” Sounds great!

DC Comics is doing a line of mini-series in November to “freshen up” several characters (was that not what the New 52 was all about?). Amy Chu is writing a Poison Ivy mini, which is great, but every other writer on the project is a white dude in his late fifties or sixties. Tim Hanley has the perfect reaction.

Disney has picked up a script called Prince Charming, told from the perspective of his less-than-charming brother. I can only offer this a cosmic shrug; where’s my horde of Maleficient-esque films that are actually, you know, good?

Chris Lord and Phil Miller will be directing a Star Wars movie! Yay! That’s about how Han Solo became Han Solo. Boo. I’m gathering thoughts for a larger musing on this, but we don’t need to know where Han Solo comes from. Erasing the empty spots on the map inherently repulses fannish activity—some fan service can backfire in smaller ways.

There’s going to be a James Bond musical and I am going to have to pay money to see this.

The Dissolve has, after two wonderful years, shut down. I’m so sad to see it go, because I was there when it first launched. It’s the reason I watch Top Gun every Fourth of July! I learned so much from them and their commenters. Godspeed, Dissolve staff, you are all wonders of the universe. Tony Zhou tweeted his eleven favorite articles, if you’d like to revisit (or visit) the glory.

J. A. Micheline discusses “The White Privilege, White Audacity, and White Priorities of STRANGE FRUIT #1.” How did this comic happen?

In the wake of Ruby Rose’s existence alerting many women to fun new directions to their orientations and Cara Delevingne’s Vogue article wherein the author questions her “girl phase” (she’s vocally happy in her relationship with Annie Clark, a.k.a. St. Vincent) and assumes it’ll never last, Shannon Keating at BuzzFeed examines how female queerness is treated as a phase in mass media and how damaging that is.

This Racked article about people who design fursuits is fascinating!

Here’s the first look at the new Ghostbusters all ready to bust some ghosts, and they look amazing. (Have I mentioned how much I adore McKinnon’s look in this film? Because it is quite a look.)

Films
Purchased:
Added: The Sisterhood of Night, Born to Kill (via the Dissolve podcast), Do I Sound Gay? (via a friend), What We Did On Our Holiday (via the A.V. Club), Unbreakable, Demolition Man, Total Recall, Rollerball, They Live, Alien Nation, Code 46 (all via Black Space)