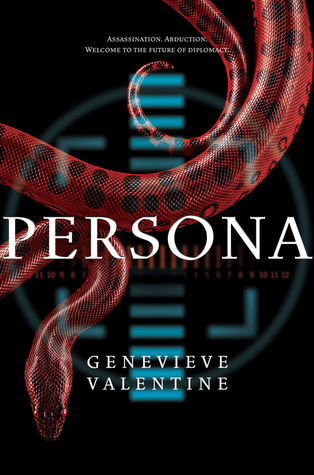 The best part of awards season is sometimes not the awards themselves at all. (I mean, we can’t have Matthew McCaughney take us to church every year.) What I get most excited for are Genevieve Valentine’s Red Carpet Rundowns. It’s not just the snark, the battle between the Stylists’ Guild and the Necklace Makers, or the incredibly elaborate sci-fi plots. It’s Valentine’s eye for the way fashion, makeup, and styling is used as a mechanism (or weapon, if you want to be combative) to construct a star image in the constant war for visibility, glamour, and prestige that is modern Hollywood. (Man, it was easier during the studio era, when studios just told you who was classy.) Much like Our Lady of Celebrity Gossip Anne Helen Petersen, Valentine understands both the mechanics and cultural implications of celebrity—in short, the story it can tell and what that story can do. As she says, “the red carpet goes beyond a fashion event to become coded messages about the careers of the people who walk it.”

Persona is all about those coded messages, centering it by having the International Assembly of the near future composed entirely of Faces who represent their countries. International diplomacy (and, of course, espionage) is now conducted in the language of celebrity. Everything, from press coverage (conducted along the lines of the studio era of Hollywood, with the paparazzi considered TMZ at best and politically dangerous at worst) to supposedly wild nights out to relationships, are coordinated by the Faces’ teams of handlers and stylists to send all the right messages about the country.

The novel opens with Suyana Sapaki, the Face of the newly formed United Amazonian Rainforest Confederation, utterly aghast at the lack of Faces present at the Assembly during one of the few times a year their votes actually count for something. She’s recently been disgraced and her original handler “disappeared”, for reasons revealed late in the novel, but her new handler is determined that Suyana will make a comeback. Specifically, that a contracted courtship between Suyana and Ethan, the handsome American Face, will put her back in the public eye and the United Amazonian Rainforest Confederation back on the political map for resources it desperately needs. The only thing standing in Suyana’s way is her own prickliness about the duties of a Face—and an assassination attempt. Threatened, Suyana goes to ground, but, unfortunately, she’s pursued by Daniel Park, a freelance photographer torn between his desire to sell the valuable photos of the attempt and actually help Suyana.

But Suyana doesn’t need help. (Sorry, Daniel; as Amal El-Mohtar says at NPR, you’re just not as interesting as she is.) Suyana’s reluctance to play the game of political celebrity doesn’t stem from not understanding it; it’s from understanding it too well. As she spends the aftermath of the assassination dragging her wounded self all over Paris, she takes constant advantage of the anonymity of brown bodies in the service industry. What Suyana understands is oppression and exploitation, from her childhood before she was plucked from obscurity to be trained as a Face; the work of a Face cuts too closely for that for her to sit back and take it passively. And the weight of the newly formed United Amazonian Rainforest Confederation is all on her shoulders, and… well, let’s just say Suyana has some very compelling motivations.

Persona is, essentially, a thriller, as secrets are revealed on the fly as Suyana and Daniel try to make it through the night both alive and with their reputations intact. It’s intense, tight, and restrained, like a great deal of Valentine’s writing. (I want to compare her to Catherynne M. Valente, but Valentine always sticks her landings.) But I found myself more fascinated with the world Valentine has created out of her sharp, rich understanding of the power and weight of celebrity, that I want to see what happens when Suyana is working in it, not fighting to get back to it. The novel ends with a promise of more to come, from both the rich cast of characters Valentine has created (Martine, a particularly spiky but surprisingly trustworthy Face may be my favorite) and especially from Suyana.

Luckily, there is a sequel, which Valentine was finishing up in March, so there’s plenty more for me. Huzzah!