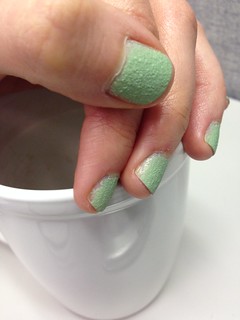 Well, I announced that I’m cutting back from three reviews a week to two (because of reasons) this week. And I was over at lady business talking Xena with Renay in our biweekly column on the show. This week: “Cradle of Hope.” I’ve been knee-deep in Richard Ellman’s Oscar Wilde this weekend, and I’m hoping to plow through it this afternoon, because Genevieve Valentine’s Persona came in at the library and I can’t wait to get into that.

At The Atlantic, Megan Garber uses the Dress to discuss imaginary communities and attention policing.

Diana Pho talks about the importance of representation and the true meaning of diverse storytelling:

The purpose of representation isn’t only about white, straight, cis folk relating to the “Other”. It is about me, a queer Asian-American woman, relating to you, who is black (and/or Muslim and/or trans and/or deaf and/or, and/or…). Representation should be a network of connections, not a single link between a minority exception and a standardized whole.

So let’s acknowledge what diverse storytelling actually is: building our own little stained-glass-mirrors out of other people’s stained-glass-mirrors. We hold up our respective mirrors between us. In that space glints refracted color and pure transparency and the glow of our faces—that is the impact of representation.

X-Men ’92 is go. Which would be exciting news, except that it’s being chased with comics writer Valerie D’Orazio calling out X-Men ’92 and Comics Alliance writer Chris Sims for his harassment campaign against her. To Sims’ credit, he has used his platform to make what appears to be an honest attempt to apologize, but the fact that this happened in the first place and D’Orazio had to call him out on it to even get that far? Gross.

At Autostraddle, Mey talks spoilerly talk about Steven Universe to discuss the importance of queer representation in all-ages media.

Josh Gad will be playing LeFou in Disney’s live-action take on Beauty and the Beast. A fine choice, but I’m more delighted that he’ll be playing Roger Ebert in Russ and Roger Go Beyond. Meanwhile, Emma Thompson and Kevin Kline have joined the cast as Mrs. Potts and Maurice, respectively.

At The Guardian, Benjamin Lee examines why the Frat Pack of the early aughts isn’t as successful anymore. This would be an interesting entry point for discussion about men’s aging being a negative thing in Hollywood, but Lee doesn’t get too far into the larger implications of that.

Tasha Robinson at The Dissolve takes Kenneth Branagh’s Cinderella to task for perpetuating a demented kind of victimhood.

To celebrate the Joker’s seventieth anniversary, DC has commissioned several variant covers featuring the Joker—including one referencing the fact that he once brutally crippled Barbara Gordon, in a cover deeply dissonant with the current Batgirl series. The cover has been pulled, prompting morons to decry the censorship of Social Justice Warriors… despite the fact that the artist decided to retract it himself. Oh, DC.

BuzzFeed’s Joseph Bernstein talks about the costliest Apple Watch in terms of luxury consumption and attends the Luxury Technology Show to ponder what luxury really means. His definition of luxury (something utterly useless that you pay through the nose for because you can) fascinates me.

Caroline Watson is One Direction’s stylist. She had a five year plan for those cats, to see them evolve from dudes who dress like teenage boys to the fashion-forward gents they are now. Holy crow. Jezebel’s The Muse interview with her is really fascinating. Also, she references that she basically just wanted to make boy Spice Girls, which is adorable.

Friend of the blog Renay was interviewed over at A Fantastical Librarian!

Thor has been selling more copies ever since a lady took up the title. Aw, yeah.

Captain America: Civil War has a synopsis! And… it’s Civil War. Bring it on.

Hausa Mann talks about being asked to lighten up a character’s skin tone in mainstream comics.

Marvel will be releasing A-Force Presents, a magazine anthology of recent lady-led titles to appear monthly. This is genius!

Books
Purchased: None
Added: Honey Girl by Lisa Freeman (via Malinda Lo), The Life-Changing Magic of Tidying Up by Marie Kondo (via the Kitchn), Heart Goes Last by Margaret Atwood (via Tor.com), Only Ever Yours by Louise O’Neill (via Tor.com), The Battle of the Sexes in Science Fiction by Justine Larbalestier (via Renay)