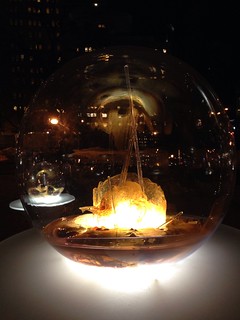 I always love the first day of a month. They just feel good. I was over at lady business on Wednesday talking about my six auto-recommend books in deliriously wonderful company, so go check that out.

Awards season is done, leaving only St. Patrick’s Day and Easter as the last two holidays before the holiday season is done. But we cannot part with the glamour of awards season before letting the wickedly talented Genevieve Valentine have her say about the red carpet. There’s a Jupiter Ascending division.

The still mysterious new Thor punches a dude in the face because he thinks feminist is a dirty word (and also because he robbed someone). YES.

Captain Awkward’s latest column deals with impending parents setting boundaries with toxic family members, but it specifically deals with setting boundaries “in the moment.” I try to be really up front about my own boundaries, but it’s hard to have that conversation with everyone and I sometimes fall into the trap of “oh, there’s no way you could know that I’m an anxious introvert” when I’ve been stepped on. There’s a lot of useful scripts in that post and the comments.

Jem and the Holograms comics writer Kelly Thompson has confirmed that Kimber and Stormer are gay and in a relationship. Somewhere, my future wife just woke up in a cold sweat. Sorry, babe, but our engagement photos are going to be sick (also dibs on Kimber).

I don’t let myself on Vine, because it’s exactly the thing that will consume my entire life if I look at it sideways, but this is perhaps the greatest thing it has produced.

Lady Gaga is starring in the next season of American Horror Story. Yay!

Meredith Talusan at Vice covers the story of a trans Filipina woman who was murdered by an American Marine. This story sits at the intersection of so many things—transmisogyny, colonization, American imperialism. It’s a difficult read but a very illuminating one.

Genevieve Valentine has confirmed that Catwoman is bisexual in comments surrounding the latest issue of her run on Catwoman. With Batwoman without a title at the moment, that makes her the major headlining queer woman at DC at the moment, and that’s wonderful.

At NPR, Alaya Dawn Johnson talks about being a black speculative fiction writer.

Keith Phipps at the Dissolve touches on the Twin Towers in films both before and after 9/11, leading to some very interesting discussion in the comments about their symbolic weight, their seldom use in fiction, and New York as a city both fictional and real.

Former (and first in my heart) Superman Dean Cain and former Supergirl Helen Slater have joined the cast of Supergirl. Their roles have not been announced, but they’re clearly her parents, right? C’mon.

This fancast of Rihanna, Nicki Minaj, and Beyonce as Poison Ivy, Harley Quinn, and Catwoman is GENIUS. As is this other fancast of Oded Fehr as Aragorn.

Leonard Nimoy passed away on Friday. I saw him at Dragon*Con a few years ago. While he’d done a panel with William Shatner earlier at the convention, I went instead to a panel about his non-Star Trek pursuits, where he talked about his photography and his filmmaking. I remember that he particularly talked about his Secret Selves portraits, where he asked sitters to come as their secret selves. And then Shatner crashed the panel, with his usual bombast. I’ve long treasured that experience, since I knew that I was a young woman and they were old men, and the opportunity to see them together is an opportunity I will outlive. And now I have, and I hold that memory differently. He was a remarkable marvel of a man.

Film:
Purchased: None
Added: Man on Wire (via the Dissolve)