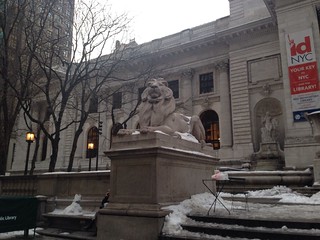 I was over at lady business earlier this week, beginning an epic watch-through of Xena: Warrior Princess with the fantastic Renay.

This is the only Super Bowl commercial I recognize and I have been watching it on the constant this past week. (My favorite part might be the always lovely Vanessa Bayer doing an equally lovely job but getting blocked out by Seth Meyers because he is too tall.)

The Saturday Night Live 40th anniversary special is going to be bonkers, with this list of confirmed guests from cast and hosts past and present. I am so excited I am vibrating. TIME FOR A LINK LIST!

Simon Kinberg is teasing that Dazzler might be a possibility for X-Men: Age of Apocalypse. Yes and please and is this why you didn’t cast Lupita Nyong’o as baby Storm, so she could be Dazzler? I HEARTILY APPROVE.

Cartoonist Hat talks about the necessity of queer visibility in media.

Davey Shlasko at Feministing talks about the use of “they” as a pronoun and the last time a pronoun changed the world—when we stopped using “thee.”

Marvel’s Secret Wars 2099 features reinterpreted versions of the Avengers, including a ripped Lady Cap and an Iron Man with dwarfism. Awesome.

At Uncanny Magazine, Erica McGillivray talks about the history of conventions, female fans, and cosplay.

Artist Jessica Hische talks about inspiration versus imitation. She makes a particularly cogent point about not having to put everything you create online, because some work is practice and some work is not. That applies mostly towards art, but I think it’s useful for writers as well.

Shout! Factory just launched its own streaming service, which boasts Mystery Science Theater 3000 and The Ernie Kovacs Show, so don’t expect to see me outside. (That is a joke, because I don’t go outside.)

DC Comics has announced a new lineup of comics and creative teams to coincide with Convergence, which kind of sounds like they’re trying to awkwardly retcon the new 52. The announcements includes a new Black Canary, featuring Dinah on the vocals of an all-girl band and Annie Wu on art with Irene Koh, Starfire getting a title that won’t make little girls uncomfortable, and Gene Luen Yang writing Superman. Judgment reserved with DC, as always, but this does sound promising.

Laverne Cox will guest on The Mindy Project! YES!

At Gizmodo, Matt Novak talks about shaming the anti-vaccine movement. I’m fascinated by the use of shame as a social tool, and Novak touches on how it’s different than humiliation.

As I’ll talk about tomorrow, Jupiter Ascending is a gorgeous and sleepy hot mess, but lead designer on the film George Hull talked with io9 about his design process. It’s really interesting, especially how he tried to keep a unique visual style going for things like mechs, which tend to look more or less the same.

Netflix might be making a The Legend of Zelda series to compete with Game of Thrones. The idea of this happening is simply too much for me to absorb, especially if they start with the iconic Ocarina of Time, because it is TEEMING WITH IMPORTANT LADIES. I’ll start a spec script immediately.

Marvel has announced A-Force, an all-lady Avengers team, featuring She-Hulk, Dazzler, and I stopped reading after those two names because those are my two favorite Marvel ladies. It will also feature Singularity, a new hero, and several people are speculating slash hoping that she may be trans. I am so ready for this.

Films
Purchased: None
Added: How to Beat The High Co$t of Living (via tumblr)