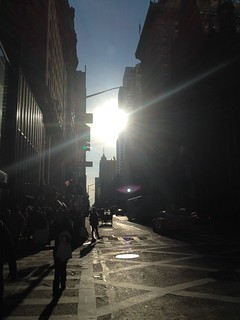 Happy New Year, cats and kittens! I hope you enjoyed the Changing of the Calendars, made a few good resolutions, and ate some delicious food. We’re in what I like to think of the back nine of holidays—awards season, Valentine’s Day, St. Patrick’s Day, and Easter await. And oh, the clearance bins at Target are just lovely this time of year…

PBS Digital Studios tackles why we still play Super Smash Brothers. Kornhaber Brown touches on purposefully unbalanced gameplay, early remix culture, and why Super Smash Brothers can ruin relationships. I no longer play as Pikachu, as not to give into my base urge to simply use Thunderbolt every few seconds. I play as Sheik, because I’ve been in love with her since I was seven.

Leelah Alcorn, a transgendered teenage girl from Ohio, committed suicide by walking into traffic last Sunday, leaving behind a suicide note on her tumblr. Her staunchly Christian parents (I use the term lightly, because you are supposed to love your children if you’re a Christian) flat-out invalidated Leelah at every turn, from completely isolating her from the outside world for five months as punishment to misgendering her in her own obituary. Leelah’s suicide note states that she will only rest in peace when transgender people are treated like, you know, people. Here’s how you can help:

At The Atlantic, James Fallows looks into “The Tragedy of the American Military”. It’s a very long read, but incredibly worth it for my American readers to rethink our military. As an Air Force brat, I’m closer to this than most, and I learned a lot.

Kaley Cuoco-Sterling completely misunderstands feminism. The Mary Sue’s Sam Maggs takes a pretty light story and calmly, quietly lays out the reasons why she thinks that and why those are completely wrong. Lovely work!

At Aeon, Sarah Smarsh talks about the classism of dental care, branching out into the supposed divide between educated and poor. Did you know a lot of dentists don’t participate in Medicaid and Medicare doesn’t even cover dental? I am horrified.

At Pacific Standard, Jared Keller lays the rise of the misogynistic, homophobic American bro at the feet of the pathologization of homosexuality:

The repressive, hypermasculine bro that stalks your local watering hole and pisses in the street is a modern, anxious manifestation of homosexual panic, an allergic reaction to the mainstreaming of gay culture (and, by extension, a loss of cultural power and sexual stability). The modern definition of manhood came about in strict domination over the feminine, both sexually and behaviorally. “Male-male relations organize and give meaning to the social and sexual involvements of young heterosexual men in a powerful way,” writes researcher Michael Flood in a 2008 issue of Men and Masculinities, an exploration of how male homosocial bonding affects men’s relationships with women. “Homosocial bonds are policed against the feminizing and homosexualizing influences of excessive heterosociality, achieving sex with women is a means to status among men, sex with women is a direct medium of male bonding, and men’s narratives of their sexual and gender relations are offered to male audiences in storytelling cultures generated in part by homosociality.”

Malinda Lo has made her short story “The Fox,” a sequel to Huntress, available on her website, complete with amazing art by Claudia Aguirre.

Jon Bois at SB Nation delivers a eulogy for RadioShack composed of memories and stories about how the company treats its retail employees. Spoiler alert: it’s disgusting.

At The Guardian, Zach Stafford talks about the murder of Dionte Greene and the limitations of the legal definition of “hate crime”:

I pressed Officer Caster about the case of Henry Scott IV, who was stabbed and burned alive four years ago. Birmingham White pleaded guilty to voluntary manslaughter in the case in 2011 and was sentenced to 15 years, plus an additional seven on a weapons charge. Multiple people in Kansas City’s LGBT community alleged that White was Scott’s lover but that White never came out as gay and that he killed Scott to keep him from outing him. Officer Caster told me that Scott’s death was also never considered a hate crime – and so one bias-motivated killing got swept under the rug, instead of helping to prevent another.

“It was motivated by his fear of being out,” Caster said of White’s motive for the killing. “The thing is, hate crimes need to be, ‘I can’t stand the fact that you are gay so I am going to drag you behind a truck. I don’t know you, I don’t care.’”

Reading Dorothy Allison’s “A Question of Class” made me feel several things—like she’d punched me in my heart, like I was behind on being queer, and like I have new vocabulary for my internal weather patterns. Have a taste:

Why are you so afraid? my lovers and friends have asked me the many times I have suddenly seemed a stranger, someone who would not speak to them, would not do the things they believed I should do, simple things like applying for a job, or a grant, or some award they were sure I could acquire easily. Entitlement, I have told them, is a matter of feeling like we rather than they. You think you have a right to things, a place in the world, and it is so intrinsically a part of you that you cannot imagine people like me, people who seem to live in your world, who don’t have it. I have explained what I know over and over, in every way I can, but I have never been able to make clear the degree of my fear, the extent to which I feel myself denied: not only that I am queer in a world that hates queers, but that I was born poor into a world that despises the poor. The need to make my world believable to people who have never experienced it is part of why I write fiction. I know that some things must be felt to be understood, that despair, for example, can never be adequately analyzed; it must be lived. But if I can write a story that so draws the reader in that she imagines herself like my characters, feels their sense of fear and uncertainty, their hopes and terrors, then I have come closer to knowing myself as real, important as the very people I have always watched with awe.