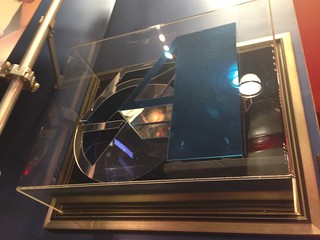 Times Square is so surreal and commercial that I am fascinated by it. I am doubly fascinated by how hard rock has gone from banned on the radio to commodified, so it probably makes sense that I ended up in a Hard Rock Cafe people-watching like an unemployed writer whilst eating granola.

All of these assumptions are grounded in liberalism: the egalitarian principle which works to ignore and erase difference rather than to undo oppression. It strives for a post-feminist, post-queer, post-racial or racially colorblind world. Liberalism as an ideology deems equal rights and equal treatment as a higher priority than  material justice, or as an effective means towards  it. Its presumptions of equality are false, as individualist equality may be written into law and policy while material inequality thrives. It effectively abstracts and obscures power dynamics along lines of race, class, and gender. The difference between material justice and liberalism is the difference between actually making reparations for a long history of racism and countries like Austria, Finland, Hungary, France, and now Sweden removing all mentions of “race” from their legislation.

I was thinking the other day about how birthdays are just milestones, and then this article popped up on Lifehacker about how achievements are just milestones: “As writer James Clear explains, many successes aren’t major events, even if we see them that way. Rather, they’re the sum total of small, incremental improvements that are made consistently. “

#Illridewithyou is a hashtag created in the wake of the hostage situation in Syndney and the resulting anti-Muslim sentiment. Australians are offering to ride with other Australians who feel they might be at risk on the subway for openly showing their faith. That’s really heartening.

Jonah Weiner at Slate takes a look at podcasts, ten years into the medium:

Still, I don’t know of any truly experimental or avant-garde podcast—the kind of off-kilter gem you might have once stumbled upon at 2 a.m. on a local free-form station, or, indeed, on public-access television—where part of the experience of listening is to be knocked askew, assaulted, and otherwise disturbed, even as you’re enthralled. This connects to the earlier point about the role of empathic connection in the medium: Podcasts, by and large, establish a relationship marked by comfort.

This must have to do, in part, with the fact that so many of us turn to podcasts when we’re traveling—unmoored, in flux, in between ports. As the continued dominance of drive-time radio demonstrates, traveling creates a circumstance in which we desperately want something familiar, accessible, and digestible to listen to—not only to help the miles whoosh by, but, on a deeper level, to make ourselves feel oriented. There are certain kinds of stories we most like to encounter when we’re in motion: It seems no coincidence that entertainment and news magazines, true-crime paperbacks, and popular works on economics and science dominate train-station and airport kiosks, and that each of these has its iTunes-topping podcast corollary.

The inherent mobility of podcasts is obvious, but a feature worth truly appreciating. At their best, podcasts, capable of accompanying us out of our homes and into the world, aren’t merely ways to kill a commute—we have Flappy Bird for that. Touted technologies of augmented reality, like the much-mocked Google Glass and the much-buzzed-about Magic Leap, which promises to weave digital phenomena seamlessly into our visual fields, suggest a coming era of the mobile Internet in which we are radically untethered from—or, more ominously, made radically indistinguishable from—our screens. But haven’t podcasts, returning our eyes to us in exchange for our ears, already perfected precisely such a technology? Staring at a laptop or a tablet for hours on end exacts a physical toll; podcasts present a way to re-enter, and move through, the natural world without logging off. In an antidotal, and almost paradoxical way, podcasts are the Internet freed from pixels.

Via the everlovingly wonderful Jodie, Marie Phillips talks about the lost art of creating mixtapes:

In those days, making mixtapes was my way of saying that I love you. You didn’t have to be my boyfriend, or someone who I wanted to be my boyfriend. It didn’t have to be that sort of love. But when I saw someone’s soul and I thought it might look a bit like my soul, I would make them a mixtape. Here are the songs that express a piece of me that I don’t know how else to express, but I think you might understand. Play it loud.

The latest Ghostbusters: The One Clare Likes rumor? That Peter Dinklage will be playing the ghost villain and Cecily Strong will be playing the ladies’ bureaucratic villain. Cecily Strong for everything, please. (Also, if you just want to use the ladies of the current cast of Saturday Night Live, I would ONE THOUSAND PERCENT WATCH THAT. Also bring Nasim Pedrad. ALSO—you know what, everybody in the movie should be a funny lady. You get two dudes, tops, and only one of them can be a love interest.)

Jess Plummer’s Great Disney Blogathon detours to the 1983 Mickey’s Christmas Carol for the holidays, and ends up talking about how the short is a precursor to the Disney Renaissance.

I am so sick and tired of people rolling their eyes and stating “No, I read the book of it” about film adaptations of books as a way to shore up their intellectual credentials. (Come play in the low culture, my darlings, it is so fun here!) Jason Bailey at Flavorwire (who has been knocking it out of the park recently) feels much the same. While I disagree that film can be a superior medium—I am a prose monster because of its pure egalitarianism (in form, not distribution and access, obviously)—I pretty much agree. This other piece where he champions pragmatic adaptations strengthens his position.

Looking for a charity or organization to give money to this holiday season? io9 highlights several science, sf, and educational charitable organizations that are worthy of your support.

Lupita Nyong’o and David Oyelowo will star in the film adaptation of Chimamanda Ngozi Adichie’s Americanah, which Nyong’o will also produce. SCREAM!

Sf fans! Ace Roc is looking for Ace Roc Stars—i.e., a curated batch of people to get swag and promote Ace Roc. Never hurts to throw your name in the ring.

Sir Ian McKellen swings by Sesame Street to teach Cookie Monster the meaning of the word “resist.” This is pretty much my internal monologue 24/7.

Viola Davis might be Amanda Waller in the upcoming Suicide Squad. I’m still praying for Oprah, not because Davis is a poor choice (she’s an awesome one!), but because can’t you just imagine how amazing it would be for Oprah to be Amanda Waller?

At Slate, Marybeth Seitz-Brown talks about the backlash against uptalking and how certain modes of speaking are denigrated because of who they’re associated with:

But even if women did uptalk more than men, we’ve all heard enough uptalk to know that its rising intonation doesn’t indicate a question. No one’s actually confused. So why should anyone have a problem with it? The thing is, this pastime of critiquing women’s speech is not limited to American English speakers. It’s easy to find these attitudes in any culture that devalues femininity and women. In Belfast English, stereotypical women’s speech falls at the end of a sentence, while men’s speech rises before it plateaus—basically, the men are uptalking. And yet Belfast women’s speech is still perceived as more expressive or emotional, showing that it’s not about their actual intonation at all: It’s about whose mouth the speech is coming from. (In fact, vocal fry leads to a lower-pitched voice, essentially the opposite of uptalk, and yet somehow that’s bad when young women do it too.)

Bilge Ebiri at Vulture (which has been knocking out of the park recently) talks about the digital revolution in filmmaking—and how film is easier to preserve than digital files.

Jason Reitman put together a live-reading of The Empire Strikes Back on Thursday and cast Ellen Page as Han Solo, opposite Jessica Alba as Princess Leia. Jennifer Lawrence is my forever Hana Solo, but I can definitely accept this.

New York State has ruled that Medicaid will begin covering transgender healthcare in 2015.

Janet Mock will be hosting “So Popular!”, a streaming show about pop culture through a progressive lens, for MSNBC. Awesome!

This week, Matter curated an entire week of The New York Review of Video Games to highlight what game criticism can be. It is, accordingly, amazing. Here are my highlights: