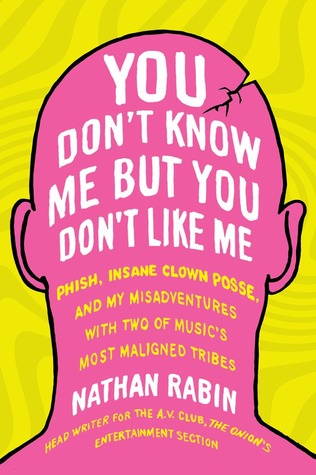 As I’ve had the opportunity to cultivate my current lifestyle of constant media consumption (dimmed only slightly by the enjoyable necessity of full-time work), I’ve developed certain rituals about how I consume what. (I have an anxiety disorder and I was raised by ex-Catholics. It’s be expected.) I watch films in total darkness, helped by New York’s absurdly early sunset these days. Television programs can be watched in any lighting conditions, with varying attention levels based the program. (Gotham? Appointment viewing. Late Night with Seth Meyers? Keeps me from falling asleep while I do my makeup in the morning.) Even prose, which I previously prized for its ability to be consumed anywhere, now takes center stage during my commute.

However, I’ve come to realize that prose is not prose is not prose. I’ve known for a while that I consume print prose and digital prose differently, whether or not the text in question originated as print or digital. But the context of a writer’s development is also a factor. For instance, especially in light of today’s book, there’s the AV Club versus the Dissolve. The Dissolve is an unofficial offshoot of the AV Club, sprung from both a desire to focus exclusively on film and, I deeply suspect, a desire to write personally about films in a way that the AV Club’s house style for major features discourages. If something as small (if ragingly important) about what viewpoint to write from can influence a writer, then it’s easy to see how a medium can affect them. There are plenty of writers who can capably switch writing mediums without a hitch, or even just impose their voice on any form that takes their fancy.

Nathan Rabin is almost one of those writers. His writing voice, wry and cynical, is unmistakable in any format. But I’ve always associated him with the Internet. While I read his column My Year of Flops as a book, it was clearly a product of the Internet: short, snappy, slightly denuded without the AV Club’s rowdy commentariat, and a direct link to the Television Without Pity of my youth. (May angels sing you to your sweet rest, TWoP.) But You Don’t Know Me But You Don’t Like Me covers much darker territory than his work for the AV Club, much more in line with his memoir, The Big Rewind. (I have not read The Big Rewind, but Rabin’s references to his childhood in his other work make it clear that it was not an easy one.)

You Don’t Know Me But You Don’t Like Me was supposed to be a book about Rabin and his then-girlfriend, now-wife spending a summer following Phish and attending several Insane Clown Posse events. It ended up, after several setbacks, as a book about Rabin spending a summer following Phish, attending several Insane Clown Posse events, and being diagnosed as bipolar. In short, it was born as a short, snappy, wry, and cynical piece, but ended up somewhere quite different. Why I bring up the influence medium can have on both writer and reader is that it felt slightly surreal to read about Rabin’s long night of the soul in a very specific voice that I associate so vividly with ripping apart the Now That’s What I Call Music series.

I don’t think this is a mark against the book; rather, it’s an artifact of Rabin’s developing voice as a writer. (After all, we never stop improving.) He’s successfully managed to incorporate more personal writing into his film criticism for The Dissolve, where he now writes. He begins the book with layers of protective irony that his newfound passion for Phish, appreciation for Insane Clown Posse, and deteriorating mental state that are all stripped away, leaving him with a likely concussion that he pushes through to get to a Phish concert. He ends by highlighting the power music—and fandom—can have on you, especially when it comes to fans of musicians who so overtly identify with each other. Ultimately, I think Carl Wilson cuts to the heart of this in a much more sublime way in Let’s Talk About Love, which… is just the best. But Rabin’s crack at it is honest, and that’s all you can really ask.