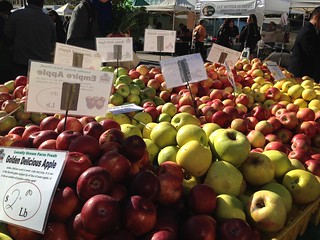 I was over at ladybusiness for Super Heroes & Women Week this week, talking about how much I love Harley Quinn. The other contributors had amazing pieces (especially chailla talking about Wonder Woman), so make sure to check out all the posts!

Margot Robbie and Jared Leto might play Harley Quinn and the Joker, respectively, in Suicide Squad. I wish I was more excited for this, but I just don’t trust DC Studios with either anything requiring a light tone (oh, no, imagine what her jokes are going to be like) or treating women like people.

The Mary Sue has thoughtfully provided a Comics 201 guide, focused on how to get into and continue with comics.

President Obama vows to protect net neutrality by asking to classify the Internet as a public utility, which it absolutely is.

Noelle Stevenson will be writing a story for Thor Annual, featuring the current Thor.

A Captain Marvel action figure is coming our way this winter. Huzzah!

The LEGO Movie 2 will feature more female characters and “female stuff,” according to Phil Lord. I have no idea what “female stuff” is supposed to mean, unless it ends up being about the adventures of my lady minifigure collection during my college years at a women’s college.

The Human Rights Campaign recently received a grant to continue their efforts in the South, but coverage makes it sound like the South is some final frontier of anti-queer bigotry. Out History reminds us of Southern queer history. (I think about this a lot, because my life story sounds being queer is one of the reasons I left the South for New York, and it straight up was not.)

I don’t like Ghostbusters (come at me), but I do like Winston Zeddemore, so this piece by Ernie Hudson, about how Winston’s part was cut and his career, is actually kind of haunting.

Matt Taylor, the lead project scientist of the European Space Agency’s Rosetta project, decided to show up in public at a work event dressed in a shirt covered in half-naked ladies. And some people think that women are overreacting to the non-lady-friendly atmosphere in STEM fields. He has since apologized, so I hope we’ve all learned something. (Namely, that Casual Friday never leads to anything good.)

According to Bette Midler, she, Sarah Jessica Parker, and Kathy Najimy are all completely down for Hocus Pocus 2. Yes, please.

Time Magazine put the word feminist on a poll of the “worst words of 2014.” I’d say boycott, but it is a print magazine. BURN!

The podcast Serial is blowing up right now, and Jay Kaspian Kang at the Awl has some thoughts on the show and white privilege.

This cut scene from Guardians of the Galaxy is the barest taste of what we should have gotten for Gamora and Nebula, let alone the movie. Gamora reaching out to her sister! Nebula scorning her because she feels inferior! Scream!

BFI is celebrating science fiction on film with Sci-Fi: Days of Fear and Wonder.

Christoph Waltz may be playing the villain in Bond 24. Given the utterly baffling roles he’s been in as of late, I would be delighted to see him return to complex villainy.

A Mass Effect fan asked Bioware for help to propose to her girlfriend. The results are adorable.

Films
Purchased:
Added: Portrait of Jason (via the AV Club)